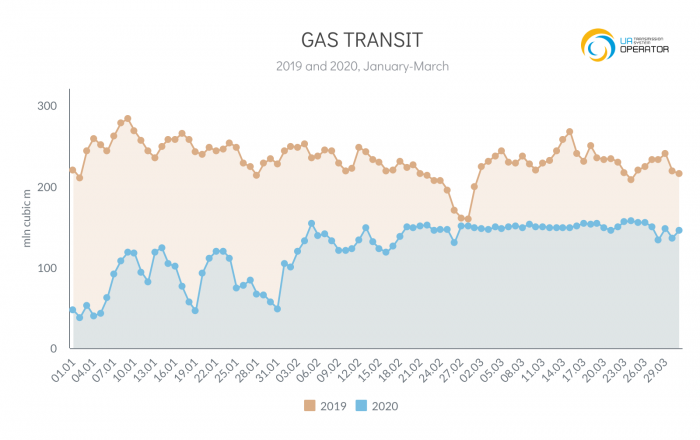 Gas TSO of Ukraine has transited 11.1 bn cubic m of gas during the first quarter of 2020 year

As a result of the first quarter 2020, gas transit through the Ukrainian GTS amounted to 11.1 billion cubic meters. That is 53% less than in the same period last year. Transit volumes actually decreased by 2 times compared to the average value of January-March for 2014-2019. However, since the beginning of 2020, transit capacities from the Russian Federation are fully paid by PJSC Gazprom for the specified period under the new transit contract and equal to 65 billion cubic meters per year (or 0.178 billion cubic meters per day). 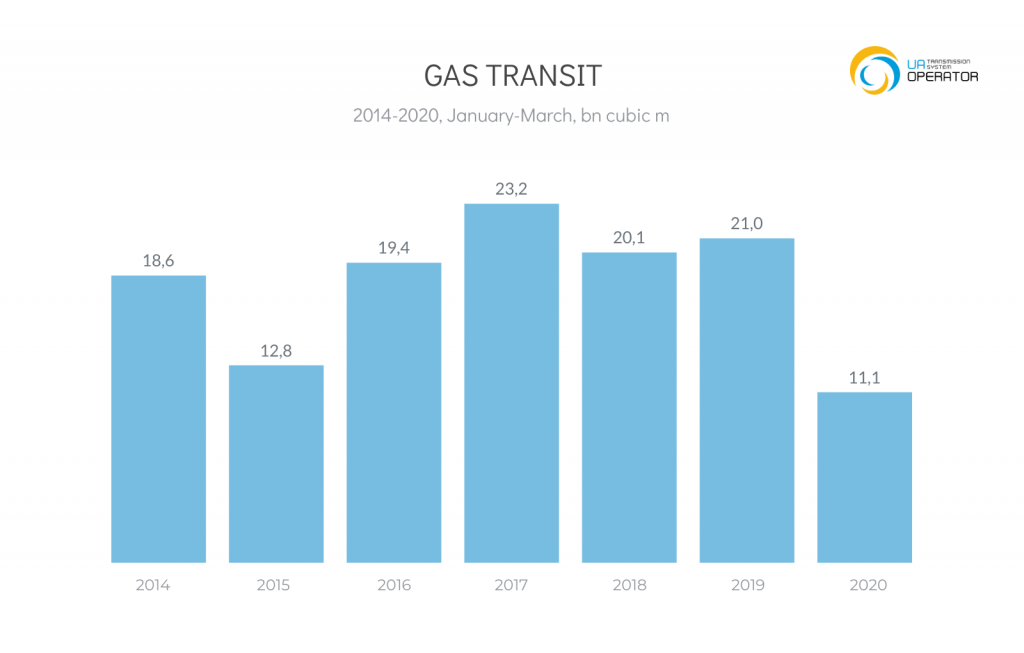 Also in the first quarter of this year, a new short-haul service was launched. It enables customers to order gas transit between EU countries through the Ukrainian GTS. In March, Gas TSO of Ukraine had already transited the first volumes of gas for well-known German energy trader on the Hungary-Slovakia route.