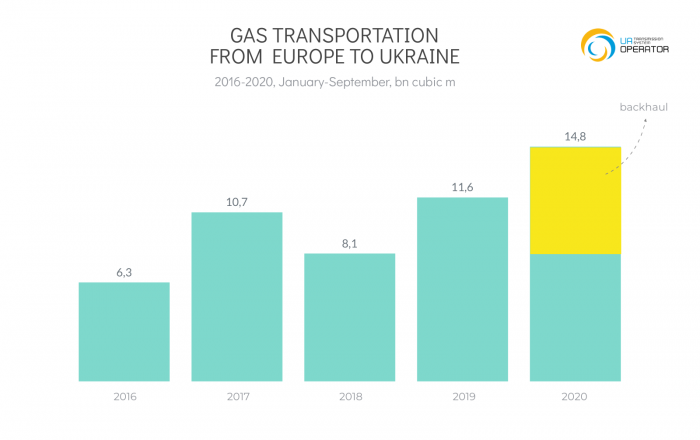 For the three quarters of 2020, transportation volumes from Europe amounted to almost 15 billion cubic meters

“This is a record amount of the blue fuel supply over the last five years. I would like to note that Ukraine imports only a third of supplied gas amounts. The rest goes at the request of traders for the intake to underground gas storage facilities. The additional storage volumes strengthen the state’s energy security and opportunities for the domestic market, because in case of urgent need, Ukrainian traders can later agree with the owner to buy the gas, which is already on our territory, – commented the Director General of LLC Gas TSO of Ukraine Sergiy Makogon. – Also in October, Moldova began to store gas in Ukrainian underground storage facilities, the first deliveries have already taken place. This is another evidence that Ukrainian GTS is becoming a guarantor of energy security for neighboring countries, in particular, for Moldova.”

It should be noted that during the repair of the Louping-4 gas pipeline, which lasted according to the schedule from September 1st till September 21st, imports from Slovakia were carried out exclusively by virtual replacement through the IP Uzhgorod-Velke Kapusany.

In total, 72 traders have booked gas transmission from the EU to Ukraine in January-September, including 45 Ukrainian companies and 27 foreign companies. Also, the shorthaul services and “customs warehouse” mode were used by more than fifty companies – most of which are non-residents.

Starting from November 2015, natural gas has been supplied to Ukraine under contracts exclusively from the European Union. Ukraine does not have a contract for gas supplies from the Russian Federation. 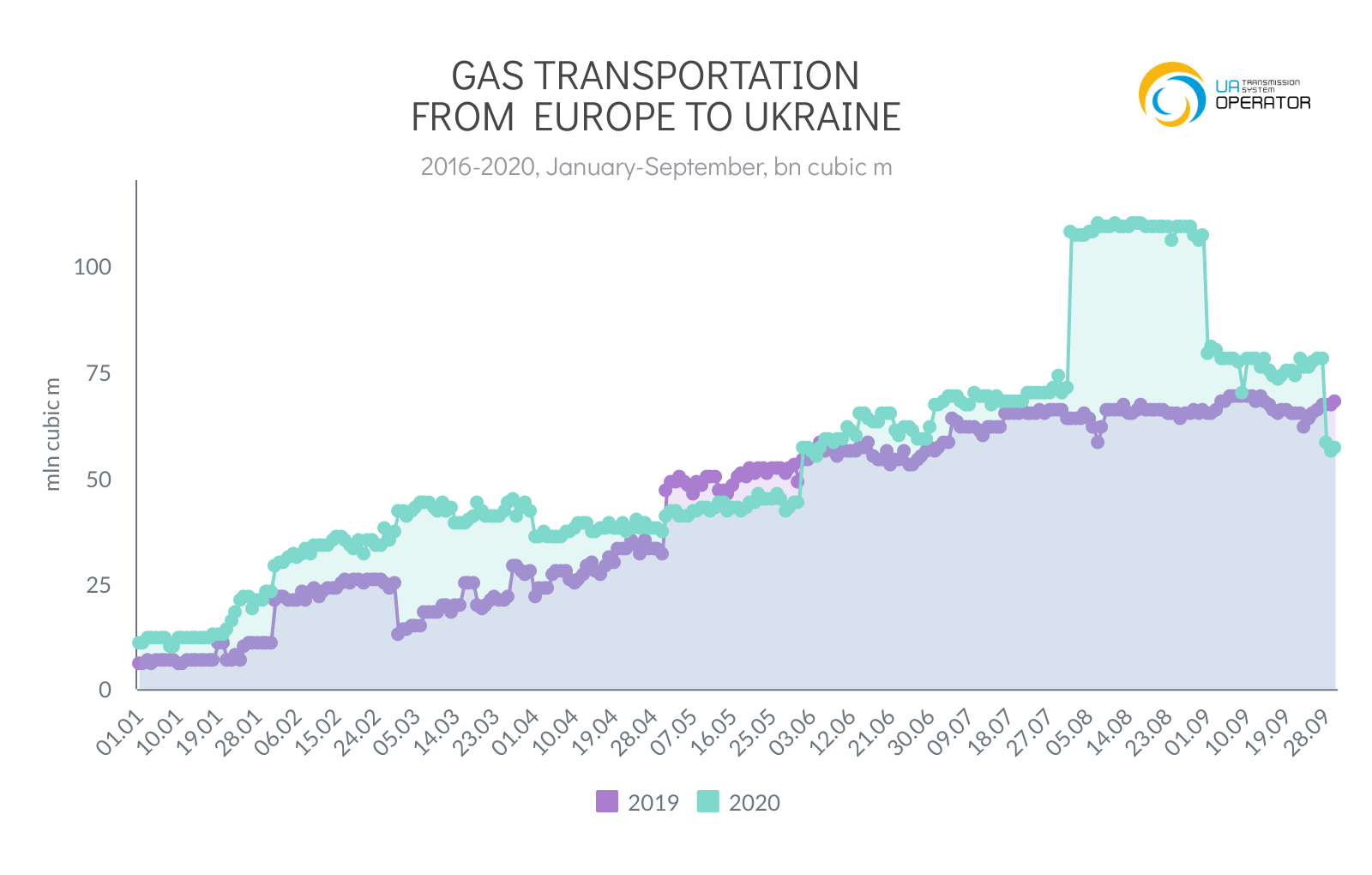