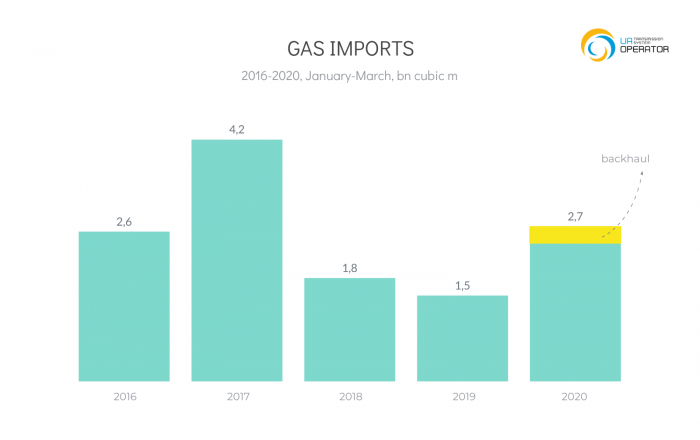 As of April 2nd, 2020, all imported volumes of natural gas come exclusively from EU countries. Since November 2015, Ukraine has not been importing gas from the Russian Federation.