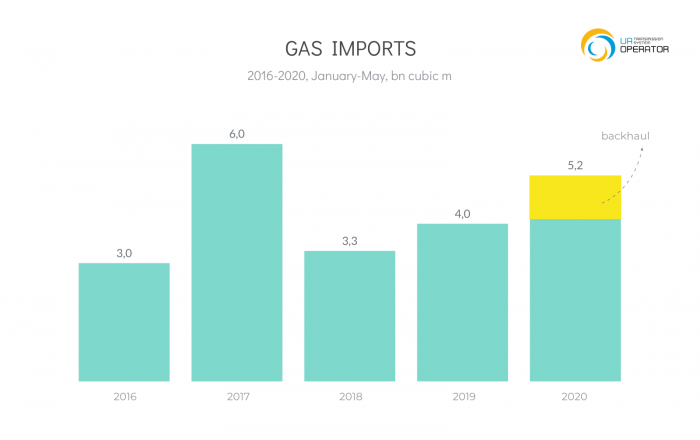 Gas imports to Ukraine increased by 30% in January-May 2020

Such import falling in May, compared to the same period last year, is due to the relatively high filling of underground gas storages in Ukraine. And the exceeding of the gas imports from EU countries in May compared to April 2020 – is due to the increase in demand for the new short-haul service, which Gas TSO of Ukraine has launched since 2020.

In total, since the beginning of the year, the 802 million cubic meters have been transported to Ukraine by short-haul. In fact, 100% of it were pumped by traders to the underground storage facility in the mode of “customs warehouse”.

As of today, all imported volumes of natural gas come exclusively from EU countries. Since November 2015, Ukraine has not been importing gas from the Russian Federation. 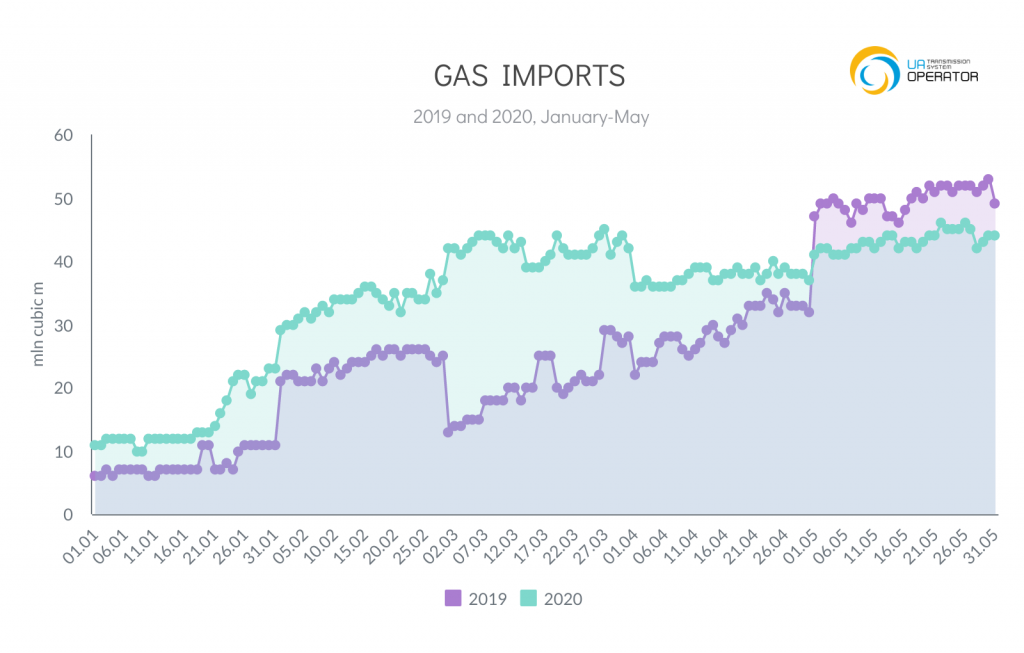