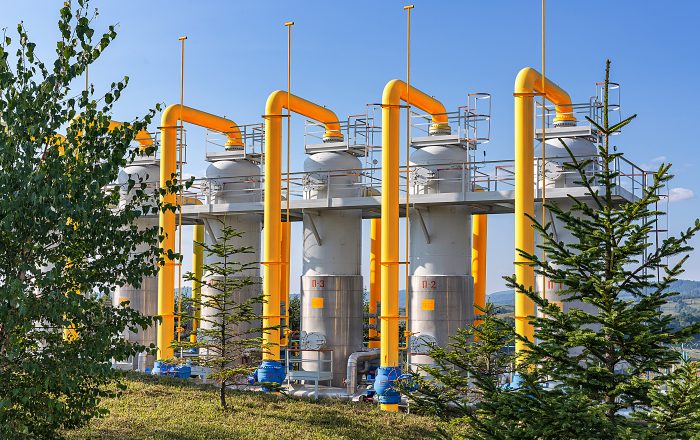 On Wednesday, October 20th, the Gas TSO of Ukraine submitted a request to the German energy regulator Bundesnetzagentur (BNetzA) to take part in the Nord Stream 2 AG certification procedure.

“We remain strongly opposed to this geopolitically dangerous project that threatens the national security of Ukraine, erodes the European energy architecture, and seeks to circumvent EU regulations. Certification of Nord Stream 2 AG would infringe on GTSOU’s commercial and legal interests, which is the basis for our application to BNetzA. NS2 will not diversify gas transport routes and threatens European security of supply. We consider it our duty to inform our strategic partners about these concerns” – said Sergiy Makogon, Director General of GTSOU.

PGNiG, the Polish state energy company, and its German subsidiary PGNiG Supply & Trading GmbH, have applied to take part in this process and have already been admitted by BNetzA. In Ukraine, Naftogaz filed a request to join on October 15th.

On September 8th 2021, Nord Stream 2 AG (wholly owned by Gazprom), the project company for and planned future operator of the Nord Stream 2 Pipeline, submitted a complete application for certification as Independent Transmission Operator (ITO) of Nord Stream 2 to the BNetzA. As an ITO, Nord Stream 2 AG will remain within the Gazprom Group, a vertically integrated energy undertaking, contrary to current European law. The certification procedure shall ensure compliance with European energy law, and, when the proposed operator is controlled by a non-EU entity (in the present case Russian Gazprom), ensure that certification does not threaten security of supply.

Sergiy Makogon further clarified GTSOU’s position:“Nord Stream 2 adds a massive amount of unnecessary additional capacity for gas transit from Russia to Europe to the already underutilized existing capacity, in particular the Ukrainian Gas Transmission System (UGTS). The UGTS is in good technical condition and has almost three times the capacity of Nord Stream 2. Allowing Nord Stream 2 to come on stream under Gazprom’s control will strand the UGTS and compel GTSOU to irreversibly downsize and reconfigure the system, effectively eliminating it as a Russia-Europe transit route. Consequently, Nord Stream 2 will not diversify transit routes, but, on the contrary, eliminate the UGTS as one of the current routes and concentrate the bulk of gas transport from Russia to Europe in a narrow corridor under the Baltic Sea, where Nord Stream and Nord Stream 2 run in parallel”.

Olga Bielkova, Director Corporate Affairs of GTSOU added that “our primary duty is to assure security of gas supplies for Ukraine, which depends on continued East to West transit flows through the UGTS. Nord Stream 2 operations under Gazprom control will also negatively impact our ability to operate and maintain the UGTS in its present configuration. Furthermore, our ability to facilitate access to the Ukrainian gas storages and trade between EU Member States bordering Ukraine will be threatened, as well as the prospects for Hydrogen transit to Europe. Certification of NS2AG as an ITO contradicts the European law, and will severely undermine energy security for Ukraine and our EU neighbors. It will also impede competition in the European gas market”.

NS2AG should only be certified if all obligations under European law are complied with. European energy law requires that the operator of Nord Stream 2 shall be fully unbundled and independent from Gazprom, and that the rules on third party access and non-discriminatory, transparent and cost-reflective tariffs shall be applied to the entire pipeline from its ending point at Lubmin in Germany to its starting point at Ust-Luga in Russia. In addition, the UGTS must be opened up for use by third parties at the Russian border, be they from Central Asia or other Russian, non-Gazprom, gas producers.

GTSOU trusts and expects that the BNetzA will admit it to the proceedings shortly.