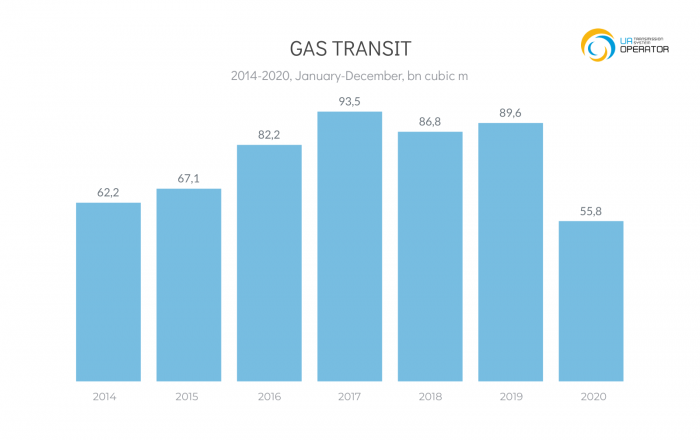 The key factors in reducing transit volumes to Europe were the launch of new gas pipelines bypassing Ukraine, as well as a decrease in demand for natural gas in the EU and significant gas reserves in European UGSF.

Gas transportation from Europe to Ukraine at the request of OGTSU customers, amounted to 15,9 billion cubic meters, which is 12% more than in 2019 and 27% more than the average indicators of the corresponding periods in 2016-2018. 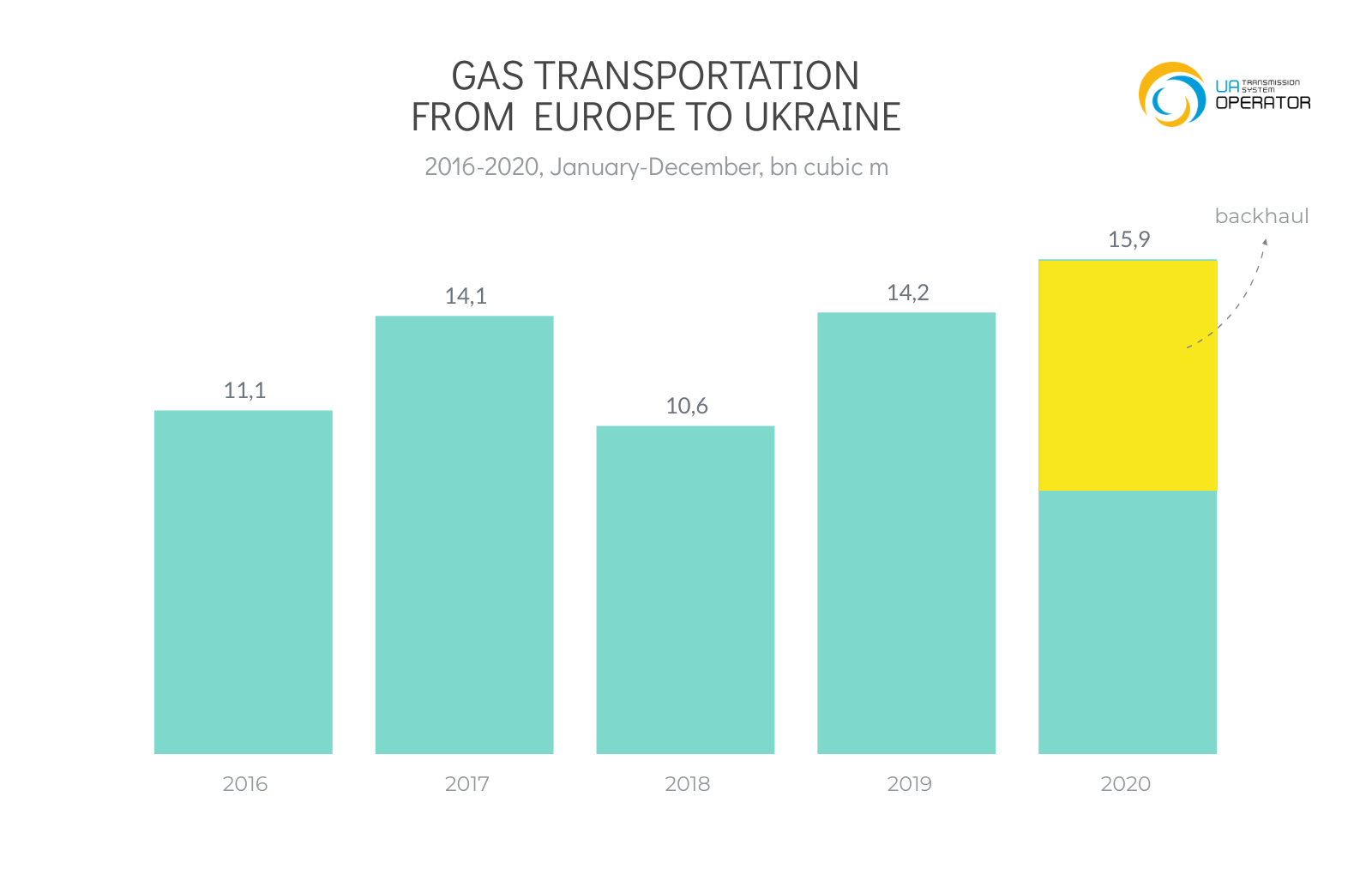 In total, during the period from January to December, 82 traders booked gas transportation from the EU to Ukraine, including 52 Ukrainian companies and 30 foreign ones. More than fifty Companies, most of which are non-residents, have used the services of a short-haul and “customs warehouse”.

“In 2020, the GTS Operator of Ukraine has 100% fulfilled its key tasks – provided reliable gas transportation for Ukrainian consumers and fully fulfilled its obligations for gas transit to the EU and Moldova, – commented General Director of OGTSU Sergiy Makogon. – In the first year of operation of the independent GTS Operator of Ukraine, we managed not only to perfectly cope with operational challenges, but also to make a significant breakthrough in the domestic gas market. Thus, for the first time in the history of the Ukrainian GTS in 2020 gas transit took place not only for Gazprom, but also by order of other international companies, for the first time the transit has been carried out in the Trans-Balkan direction, the backhaul has been implemented, the transition to a transparent mechanism for the capacity distribution on auction platforms and new services were introduce which are in demand among Ukrainian and international clients. Thanks to this, the GTS Operator today is a reliable support for the state, and the Ukrainian GTS is an integral and important part of the energy stability and security of Europe”.