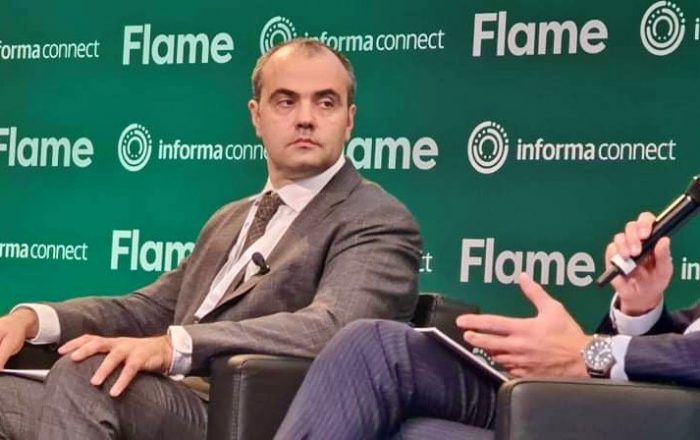 Sergiy Makogon at the Flame-2021 Conference: Are Consumers of Natural Gas Ready to Pay for Decarbonization?

Today, in the context of decarbonization in the world, there is a partial “demonization” of natural gas. Many international financial institutions, including the World Bank, the EBRD have stopped financing gas-related projects instead opting for renewable energy projects. However, such a strategy could be detrimental to Eastern European countries, in particular Ukraine, where gas has a role of transitional fuel.

This position was voiced by Sergiy Makogon, General Director of Gas TSO Ukraine during the discussion at the 27th European Gas Conference Flame-2021 in Amsterdam.

The speaker emphasized that Ukraine requires substantial external financing to implement innovative projects on decarbonization. As it would be unfair to pass the investment in the transition to a carbon-free economy on to the consumers.

“We believe there should be developed some new funding instruments (special funds, grants) for supporting energy transition. In Eastern European countries, in particular, Ukraine has a special stance on this “transition,” since the main sources of power generation remain nuclear power (55%), coal (35%). The gas is used mainly for the needs of the population and will continue to be used in the future. The consumption of gas may even increase in the coming years, as we will be compensating for the decrease in coal consumption. And this is not a unique feature of Ukraine. The same situation has developed in Poland and other Central and Eastern European countries,” said Sergiy Makogon.

According to the CEO of GTSOU, there is no, and cannot be, a uniform decarbonization pathway, taking into account the regional differences of each individual country.

In conclusion, Sergiy Makogon expressed his hope for the European Commission to change its approach and resume financing the projects associated with natural gas in order to implement the energy transition.

“We will also explore the possibility of integrating approaches with European countries. In particular, we are studying the possibilities of hydrogen and biomethane transportation. But it is too early to say that the era of natural gas is over,” Mr. Makogon summarized his speech.