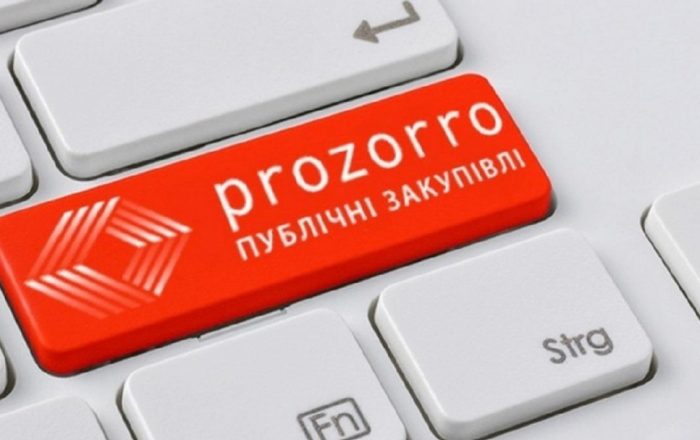 January 20, 2021, Kyiv – LLC Gas TSO of Ukraine (GTSOU), formed after the unbundling of Naftogaz, according to the results of 2020 became one of the largest customers for Prozorro and saved UAH 5.7 billion at auctions. Last year, GTSOU announced procurements of goods, works and services for a total amount of UAH 50.4 billion (excluding VAT), saving 12% of the expected cost (UAH 5.7 billion) within the procurement limits. The electronic public procurement system Prozorro has recognized the Gas TSO of Ukraine as the leader in terms of procurement efficiency.

In total, the Company announced 2,000 procurements on the trading platform, in which about 1,300 suppliers took part. On average, more than three bidders competed within one procurement during the year.

The largest categories among the announced procurements: 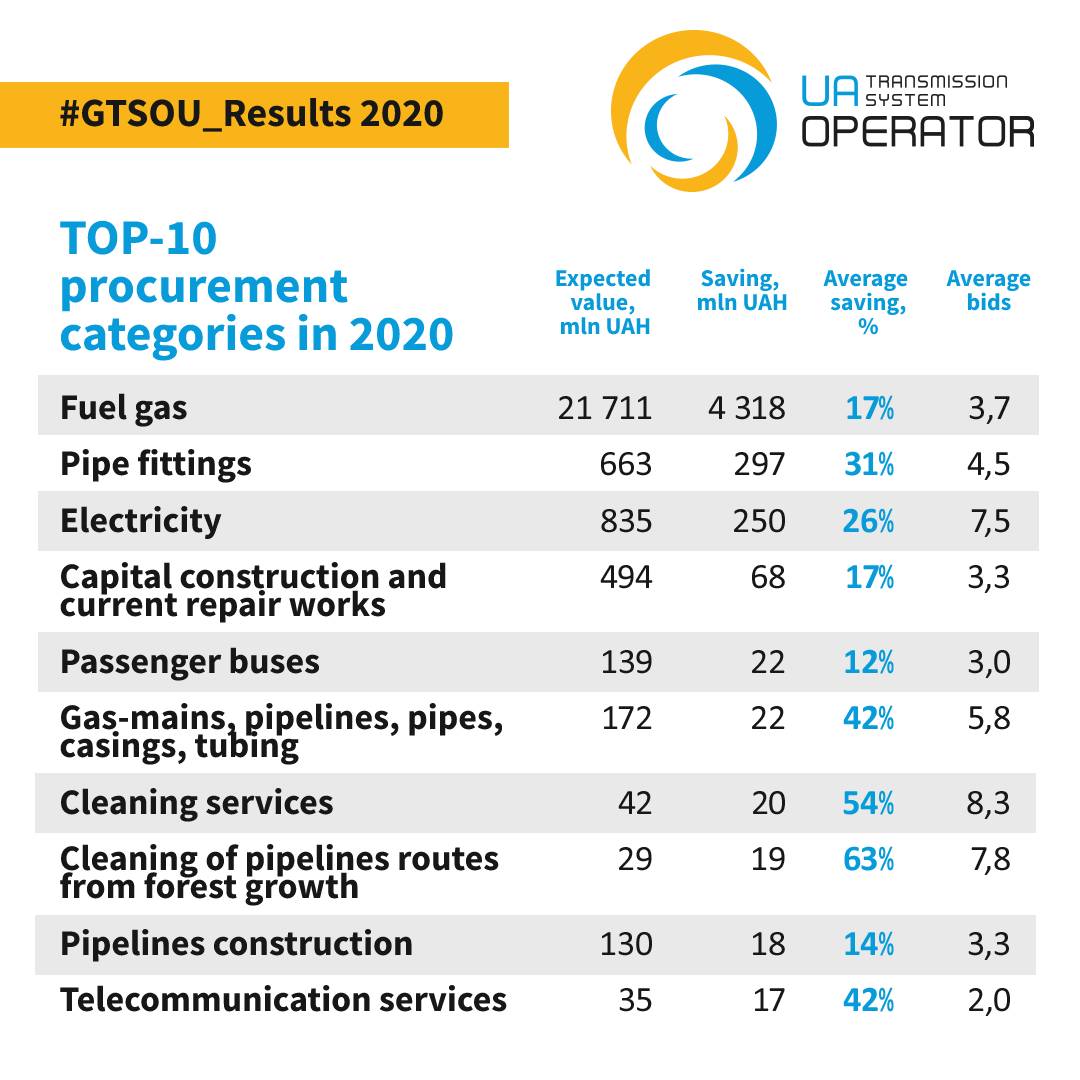 “Last year we started transforming the procurement function in order to increase its transparency and efficiency, and we are pleased with the result, – commented Sergiy Makogon, CEO of Gas TSO of Ukraine. – GTSOU will continue the transformation in accordance with leading international practices and attract the best suppliers to participate in tenders, guaranteeing all participants support and a completely transparent process”.Among the exemplary procurements of the achieved savings is a tender for the purchase of electricity. Eight suppliers competed in the auction, the competition between which in three rounds reduced the final cost by 63%. Furthermore, an auction for the purchase of 105 modern ball valves, in which foreign manufacturers also took an active part. Its expected cost was UAH 350 million, but during competitive bidding it was significantly reduced: at the first stage of the auction by 26%, and at the second stage – by 43% to UAH 200 million. Savings were also achieved at auctions with lower bids. GTSOU has purchased 1,955 sets of work clothes with saving of 54%. After all, 12 participants were interested in winning the tender.

In 2020, GTSOU completed the first stage of transformation of the procurement function. The Company, with the participation of external independent consultants, has conducted an audit and determined a change plan. As part of the plan, GTSOU began the process of introducing an integrated Supply Chain Management system, determined the target operating model of the function, distributed the functionality between internal structural divisions and began to automate business processes based on the SAP platform. This approach aims to relieve production departments from non-core work and increase the efficiency of the procurement function through the systematic work of the specialized team.

The plans for 2021 include the introduction of a category management system, monitoring of procurement efficiency, completion of a full automation cycle based on SAP S/4 HANA software, standardization of technical requirements and other initiatives to improve the efficiency of the function.