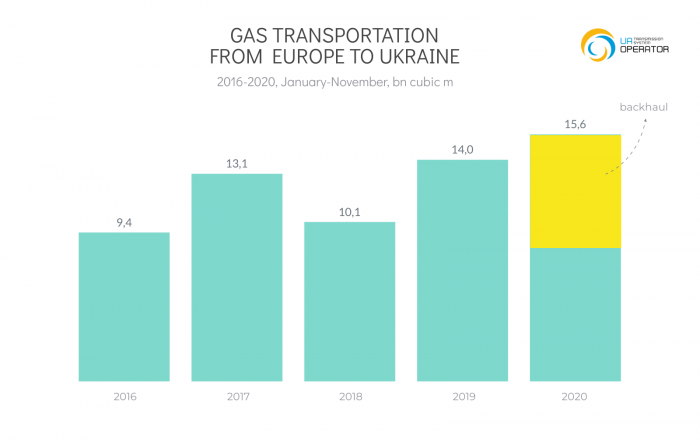 The volume of gas transported from Europe to Ukraine during 11 months of 2020 amounted to 15.6 billion cubic due to the orders of customers

“In October-November we observe a significant reduction in gas transportation volumes from Europe to Ukraine and, at the same time, an increase in re-exports from Ukrainian UGS facilities to Europe. This situation is quite expected and typical for this period. After all, the autumn-winter season has started, and the traders who have been injecting the gas since the summer have started to withdraw it from Ukrainian UGSFs in order to supply it to European markets. This trend will continue until April“, explained Yevhen Todorov, Commercial Director of OGTSU.

A total of 82 traders, including 52 Ukrainian and 30 foreign companies have ordered gas transportation from the EU to Ukraine during the period of January-November. Besides, more than fifty companies, most of which are non-resident, used short-haul and customs warehouse services.

Since November 2015, the blue fuel has been supplied to Ukraine under the contracts exclusively from the countries of the European Union. Ukraine has no contract for gas supply from the Russian Federation.