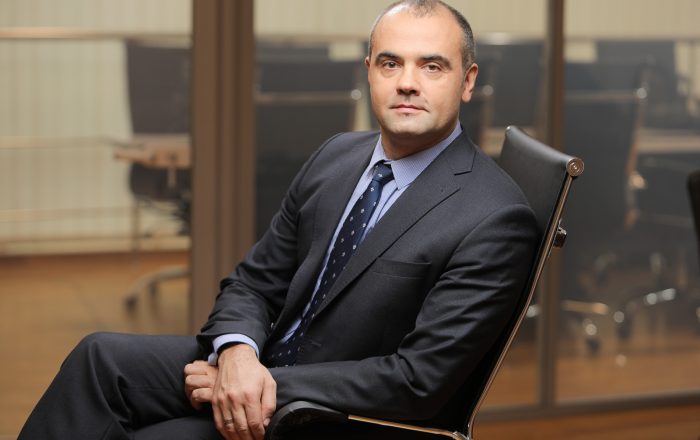 What Ukrainian GTS can offer to reduce carbon emissions?

The three largest economic swathes of the world have decided on a “deadline” for reducing carbon emissions to zero: the European Union – by 2050; China – by 2060; President of United States Joe Biden wants to eliminate CO2 emissions in the US energy sector by 2035

In addition, to speed up the process, the EU will stimulate to reduce emissions by introducing a carbon tax on goods from countries that do not reduce emissions. For Ukraine, given the volume of exports of goods to the EU, this could become a significant economic challenge.

But does Ukraine have what it could offer its citizens and international partners in the context of the Green Transition? In my opinion, one of the key roles should be played by the existing Ukrainian gas infrastructure.

The Ukrainian gas transportation system is not “yesterday”, but new opportunities and prospects. Their implementation takes time, but now we are moving in the same direction with all other GTS operators: we are researching the market and preparing our system for changes.

The end of the natural gas era – when will it come?

The gas will not disappear in an instant. On the contrary, it will facilitate the transition to carbon-free energy (bridge fuel) and will be one of the key energy sources for a long time to come.

Today, the transit of natural gas to the EU using the capacities of the Gas TSO of Ukraine helps to reduce the level of harmful emissions into the air in European countries. In particular, this is done by replacing coal with gas in the power industry. According to the IEA (International Energy Agency), the transition from coal to gas will reduce CO2 emissions from the baseline by up to 33% in heating and 50% in electricity.

Furthermore, it is assumed transition to the transportation of “neutral” gases – green hydrogen, synthetic methane, mixtures with hydrogen and biomethane. The use of Power-to-gas technologies will allow storing and transporting surplus electricity.

Gas is also needed to balance the power system. For example, in Ukraine, the number of wind and solar power plants is increasing. However, their generation is unpredictable and volatile. What does it mean? When the wind blows or the sun shines, they generate electricity. This schedule may not match the electricity consumption schedule. Thus imbalances arise, which are very dangerous. Therefore, to balance the power system, shunting power plants are necessary, which can quickly provide the system with energy. Such “balancing” can be gas power plants, including steam-gas and gas turbine CCGTs.

Gas for the safety of the power system

Today in Ukraine there is a so-called “coal-green paradox”, when power units of coal-fired power plants are used to balance generation from clean sources. This approach does not lead to emission reductions. More ecological gas-fired generation solves two problems – a shortage of balancing capacities and emission reductions. NEC “Ukrenergo” in its Report on the assessment of compliance (sufficiency) of generating capacities reported a shortage of generating capacities with a quick start in the amount of 2000 MW (equivalent to two nuclear power units). Which is to say regardless of how coal generation works, there is already a shortage of balancing capacities. This is becoming a real threat to the energy security of the State.

The Ukrainian GTS is able to offer natural gas transportation services to future gas-based electricity producers. Therefore, the gas transmission system is and remains an important link in the chain that ensures the stability and reliability of the Ukrainian energy system.

On July 8, 2020, the European Commission adopted the so-called EU’s Hydrogen Strategy, which aims to reduce carbon emissions over the next 30 years by increasing the use of electricity and hydrogen and reducing waste energy. In the meantime, the EC presented the European Pure Hydrogen Alliance, of which the Gas TSO of Ukraine is a member.

The transportation of renewable gases, in particular hydrogen, is another promising area for using the Ukrainian GTS after 2024. Today, many companies are declaring their participation in the creation of hydrogen ecosystems, this topic is becoming popular through tempting prospects. But these prospects are in some ways undetermined in terms of regulatory, economic and technical aspects. We understand this and therefore act prudently. As a state-owned company, we cannot afford to spend money without a detailed and calculated plan. Our investments are state funds, so extra adventurism is not appropriate here. GTSOU is already starting to study aspects of transportation of renewable gases (hydrogen, biomethane and synthetic methane) by main gas pipelines. For this, we have created a working group on decarbonization, which includes representatives of various divisions of the Company, who assess the possibility and prospects of introducing new technologies, in particular, study the use of the Ukrainian gas transportation system for the transportation of biomethane and hydrogen.

There is definitely a prospect, and we are exploring it at the same pace as other GTS operators in Europe.

Farther, biomethane can play a significant role in the future energy balance of Ukraine, which in its properties does not differ from natural gas, therefore it does not require significant investments in the transformation of the energy infrastructure. Ukraine has significant potential in the production of biomethane in the agro-industrial complex. Today in Europe there are more than 20 thous. biogas plants and 700 biomethane complexes. In Ukraine, only 20 biogas complexes have been built, but none of them produces biomethane for supply to gas networks. According to estimates by the Ukrainian Bioenergy Association (UABIO), the total biomethane production in Ukraine may be 7.8 billion cubic meters or 25% of the current consumption of natural gas. Ukrainian biomethane has significant export potential, as there is already a demand for biomethane in the EU.

In addition, among the advantages of biomethane is its environmental friendliness, which makes it a clean alternative as a NGV fuel, in particular, for public transport and agricultural machinery.

Another challenge for Europe on the way to the Green Transition and an opportunity for the Ukrainian GTS is compressed natural gas (CNG – LNG), and in the future, biomethane as an alternative form of motor fuel.

This type of fuel is more environmentally friendly than gasoline, diesel or liquefied propane-butane (LNP), which is popular among Ukrainian car owners. European cities have long started to move away from diesel fuel and switch to CNG.

There are almost four hundred such filling stations in Ukraine. If the demand for compressed gas grows rapidly, this will not be enough. Moreover, it is not difficult to expand the network: the domestic infrastructure makes it possible to increase the number of gas filling stations several times. The Ukrainian GTS is ready for the growth in demand for compressed gas. Our system is very powerful and has a very high level of regional penetration. The necessary infrastructure for methane filling stations can be created in any city or along important highways.

It should be noted that the use of methane as a fuel is also important from the point of view of energy security. After all, 80% of diesel is imported to Ukraine mainly from Russia and Belarus. At the same time, 70% of methane is produced in Ukraine. Such transport in the future can easily switch to the use of pure renewable biomethane.

The ecological “revolution” can no longer be stopped. To find your place in a low-carbon future, it is important to “evolve” in time and, within the Green Deal, choose those areas that today, in addition to having a positive impact on the environment, will provide economic support to the Ukrainian budget. The GTS operator is a significant donor of the budget, so it should be remembered that the use of its capacities is the key to the financial viability of the country. The Ukrainian GTS has real prospects and potential not only after the expiration of the term of contracts with Gazprom, but also when the civilized world rejects the fossil energy sources.