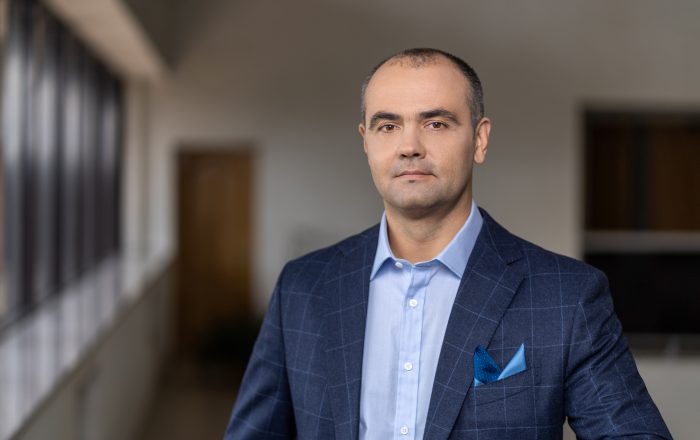 Destination – a carbon-free future: Ukraine’s pathway to the goal

Increasingly, European organizations recognize the unattainability of the previous ambitious strategy of a rapid transition to renewable energy and complete rejection of fossil fuels, in particular natural gas. The reasons for this are different historical, geographical, economic, resource prerequisites of each individual state. There is no single universal roadmap for all countries on the pathway to decarbonization, but there is a unifying goal – a carbon-free future.

Recently the association Gas Infrastructure Europe (GIE) has analyzed the role of natural gas and the existing gas infrastructure in the countries of Central and Eastern Europe in the context of reducing harmful emissions into the atmosphere. The study concludes: if we all aspire to deliver climate neutrality by 2050, the specificities of all states shall be considered when designing Europe’s decarbonization pathways. Only a pragmatic approach will help Europe reach its goal without destroying the economies of the countries. Moreover, gas infrastructure has an essential role to play in this approach, both in the short-term and in the long-term perspective. In particular, in the phases:

In the first phase of decarbonization, it is the natural gas that will play a key role as an optimal solution for a quick and least expensive way to reduce atmospheric pollution. Today, Ukraine qualifies as the Europe’s biggest polluter among the 27 EU member states, the United Kingdom, Turkey, and the member states of the Energy Community. This is related to the use of coal for power generation. Another significant source of pollution is diesel and gasoline-powered transport. An alternative to this fuel is compressed natural gas (CNG) and, in the future – biomethane. This type of fuel is more eco-friendly than gasoline, diesel or liquefied propane-butane (LPG or autogas), popular among Ukrainian car owners, and is significantly more affordable than renewable energy sources. Besides, the utilization of the existing natural gas infrastructure offers a cost-effective solution for consumers, which is an extremely important factor for the social acceptance of changes. In fact, even large companies like British Petroleum apply to the European Commission with a request to recognize the benefits of natural gas. The issue is as much about heating domestic consumers’ homes as it is about operating gas-fired power plants and balancing renewable energy sources. The commission is currently developing a strategy to reach zero emissions by 2050 and is considering whether investments in gas-fired plants should be withdrawn. At the same time, energy ministers from the world’s richest countries (G7) have already agreed to stop financing new coal developments. Therefore, there is nowhere to retreat.

As for the second phase, in order to achieve carbon neutrality in 30 years, we should start with available and scalable technologies, such as biomethane, and not wait for an increase in the production of other renewable gases, in particular green hydrogen. Biomethane is in fact the same methane, but obtained not from the gas fields, but rather produced by the methane fermentation of biomass or biowaste, solid and liquid organic waste: in landfills, swamps, sewers, cesspools and the like. It can be derived from the waste of animal husbandry, food industry, wastewater and household solid waste (sorted, without inorganic impurities and impurities of unnatural origin). In other words, any local natural resources can be used.

Biomethane, as a complete analogue of natural gas, can be used to produce heat and electricity, as well as a raw material for the chemical industry and the like. Its use in public transport can significantly reduce air pollution in large cities. Moreover, it is advisable to use biomethane not only in road transport, but also in water and rail transport, not only in a compressed, but also in a liquefied state. Besides, biomethane can be exported via the Ukrainian gas transportation system to the EU, where it is in high demand.

From my own experience as a project manager of one of the most powerful (2.38 MW) biogas plants in Ukraine, I can say about new opportunities for utilizing the potential of the country’s agricultural sector. The potential for biomethane production in Ukraine is estimated at 7.8 billion cubic meters per year (25% of the current consumption of natural gas in the country, or almost the volume of gas, which Ukraine annually imports). It is therefore quite possible that a new, transparent, innovative, export-oriented sector of the economy with a significant number of new jobs (mostly in rural areas) can be created.

Ukraine is able offer the cheapest raw materials for production of biomethane. Currently the cost of biomethane varies from $ 500 to $ 700 per thousand cubic meters and is gradually decreasing. The typical cost of biogas projects is around 2.5-3 thousand euros per 1 kW of electric power. Similar investments are needed for a biomethane plant. There will be no engines to produce electricity, but rather systems to purify biogas to biomethane.

Biomethane project investors can be those, who have already invested in biogas plants. Predominantly they are domestic investors – ones with their own and inexpensive raw materials. In addition, turning a biogas plant into a biomethane plant requires only one small step to make. One must only add the technology to purify biogas from CO2. Therefore, I predict that the biomethane plants will be primarily built by domestic investors, in one way or another, related to agriculture. Also, it might be of interest to energy companies, which will make arrangements with the owners of raw materials.

There are a number of reasons to develop this sector in Ukraine. The first one is that today it is the cheapest renewable gas possible. The second reason is that we really can compete with other countries in biomethane. The third – it is absolutely ready for injection into the gas network, unlike hydrogen. However, at the moment, we do not even have the term “biomethane” in the Ukrainian legislation. Therefore, to begin with, there is the issue of granting biomethane a “legal status” in Ukraine.

A pragmatic and realistic future is not the abandonment of gas and gas infrastructure, but a gradual reduction of natural gas use and an expansion of existing infrastructure in new ways. This is a 30-year transition in which accessibility, both physical and economic, is crucial.

Each country is heading toward decarbonization in a different way: some can afford “highways” along the way, while others have only average speed and lower quality roads available to them so far. However, the common destination is Europe’s competitive, emission-free energy system.