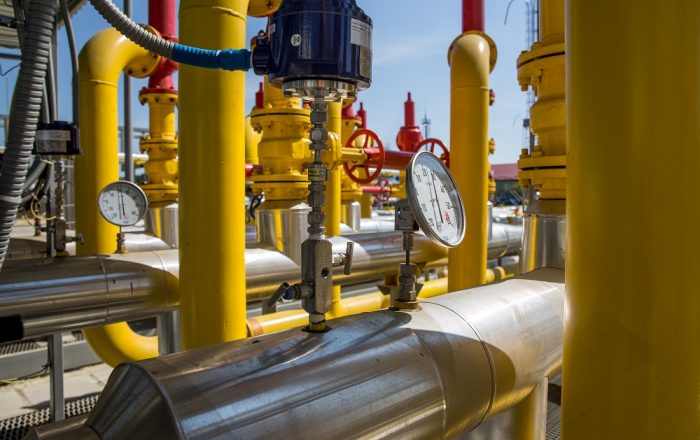 In 2020, 2.4 billion cubic meters of gas were withdrawn from the main gas pipeline system in the amount of UAH 10.4 billion, but only 80% was paid (the total amount of debt is UAH 1.6 billion). The main debtors to GTSOU for negative imbalances are DSO. At the end of 2020, their total debt is UAH 1.4 billion. There are 43 operators of gas distribution networks in the Ukrainian market, of which only one third pay for the service provided in a timely manner.

This situation is becoming critical: the long-term free withdrawal of significant volumes of gas from the GTS and the accumulation of debts pose a threat to the stable operation of the GTS Operator and lead to losses for the state. Considering the systemic nature of the debt growth, the issue requires urgent regulation at the legislative level. 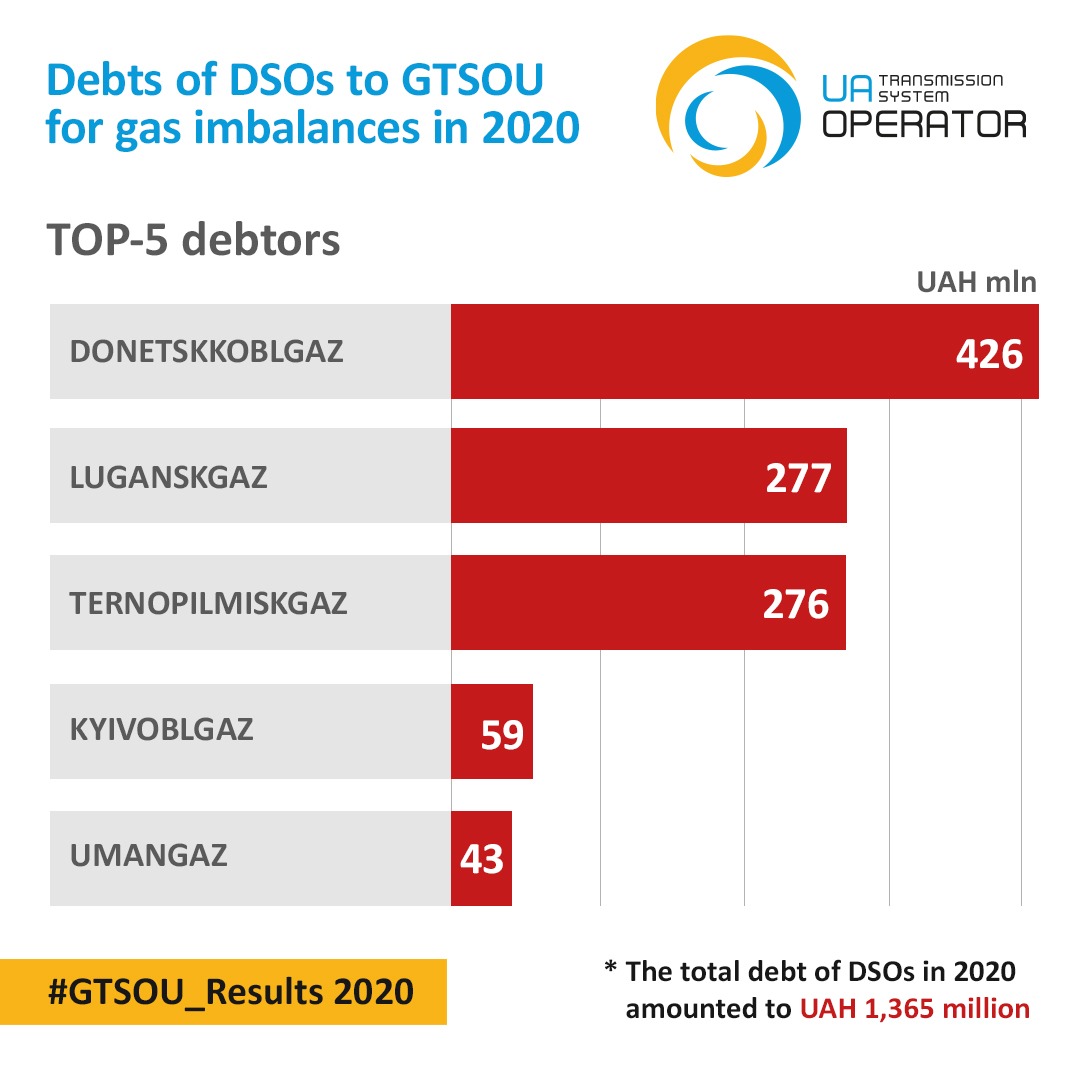 PrJSC “Ternopilmiskgaz” is of particular concern, which demonstrates indifference to the consequences of non-payment of debts, and then to its own consumers. Despite the fact that funds for gas on technical needs are included in the Ternopilmiskgaz tariff, this DSO operator systematically withdraws gas from the gas pipelines network and does not pay for it. The amount of debt for unauthorized withdrawal from the GTS in 2020 is UAH 276 million, and in December last year alone, the debt increased by UAH 51 million.

Due to the complete irresponsibility of Ternopilmiskgaz, which during the year did not take proper actions and did not pay off a penny of the debt, the GTS Operator again appealed to NEURC with a demand to conduct an unscheduled inspection of the company on violation of licensing conditions and misuse of tariff income that are sufficient grounds for revoking licenses for gas distribution.

Since March 2020, GTSOU has been actively working to collect debts from market participants. The Company has filed 22 claims in economic courts, of which 5 cases have already been won (Ternopilmiskgaz, Kirovogradgaz, Melitopolgaz, Umangaz, Khersongaz) in the amount of UAH 245 million. Ever since, Kirovogradgaz has already paid off 30% of the debt and an agreement has been reached on the full payment of the balance of the debt in due time.

“What can GTSOU do in a situation where the debtor-DSO, such as Ternopilmiskgaz, ignores the court’s decision and the decision of NEURC? And where do the funds that the population pays in accordance with the tariff disappear to? In order to finally close these issues, it is necessary to adopt the bill No.3800, which introduces accounts with a special status for regional gas companies. Such a mechanism will ensure that the tariff funds paid by the population pays to the regional gas company will be spent for their intended purpose – to carry out repairs of networks, to purchase gas for technical needs and other expenses. The GTS operator should not be a donor for regional gas companies, but must invest in support and development of the GTS”, – said Sergiy Makogon, CEO of Gas Transmission System Operator of Ukraine.

It should be noted that GTSOU pays on time and in full for the positive imbalances formed by market participants, which reached 1.1 billion cubic meters last year with a total cost of UAH 5.5 billion.

The problem of non-payment for imbalances resulting from unauthorized gas withdrawal by DSO operators has remained unresolved since 2015. This led to the accumulation of bad debt from the previous GTS Operator (JSC Ukrtransgaz) in the amount of more than UAH 44 billion for the period from 2015 to 2019. Today, due to the problems of gas withdrawals unpaid by regional gas companies, there is a real threat to the financial stability of the new independent GTS Operator. Therefore, the Company calls on all branches of government to consolidate their efforts to resolve the issue for the reliable, trouble-free and stable operation of the Ukrainian GTS.

Poland can help Ukraine get «another molecule» gas