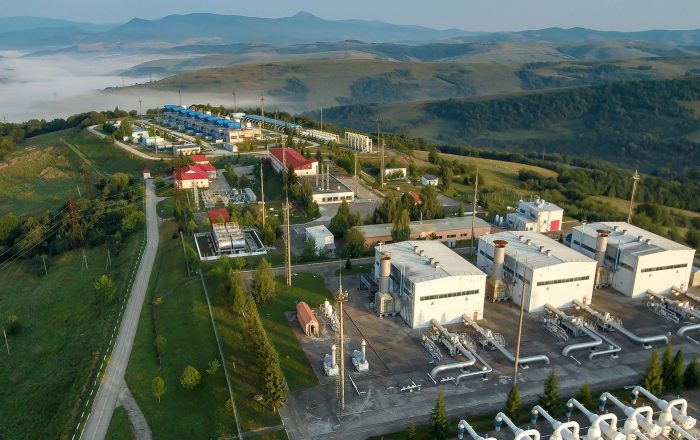 December 31, 2019, Kyiv – Today, in Brussels, GAS TSO of Ukraine LLC (OGTSU) has signed a technical interconnection agreement with the Slovak operator EUSTREAM on cooperation under the EU rules. The agreement enters in force starting January 1, 2020, in Budintse and Uzhgorod-Velka Kapusany. Previously, on the eve of December 30 in Vienna, the Ukrainian operator signed an interconnection agreement with Gazprom, the operator of the Russian gas transportation system.

Thus, the new Ukrainian GTS operator has signed agreements with all related operators, namely Poland, Hungary, Romania, Moldova, Slovakia, and Russia. Currently, all the necessary technical and legal grounds have been created for the successful start-up of the independent GTS Operator of Ukraine together with the uninterrupted continuation of the gas transit through the Ukrainian GTS from the Russian Federation to European countries from January 1, 2020.

The agreement on cooperation between the OGTSU and Gazprom was included in the package of contracts necessary for the continuation of gas transit through the territory of Ukraine until 2025. Accordingly, Naftogaz has signed a five-year settlement agreement and a gas transit agreement with Gazprom.

On the Ukrainian side, the interconnection agreement was signed by Sergey Makogon, General Director of the OGTSU:

“We are coming back home with a victory. Active support from the EU and US partners, successful unbundling of the GTS operator, full readiness for the zero-transit scenario – all these had significantly strengthened our negotiation position. It helped to defend state interests without a hitch.

Continuation of the transit from January 1 to the territory of Ukraine will not only load our system but also provide work for tens of thousands of specialists who serve it. It will also bring billions of dollars into the Ukrainian economy and create the preconditions for reducing tariffs for Ukrainian consumers.

I am convinced that we are starting a new page of our relations with Gazprom, based on the principles of European energy law, equal partnership, and mutual respect.”

Earlier, the Ukrainian gas transmission operator was not able to work with Gazprom and other neighboring operators under the standard European rules. This possibility was blocked by a long-term transit contract between Naftogaz of Ukraine and Gazprom, which expires on January 1, 2020.