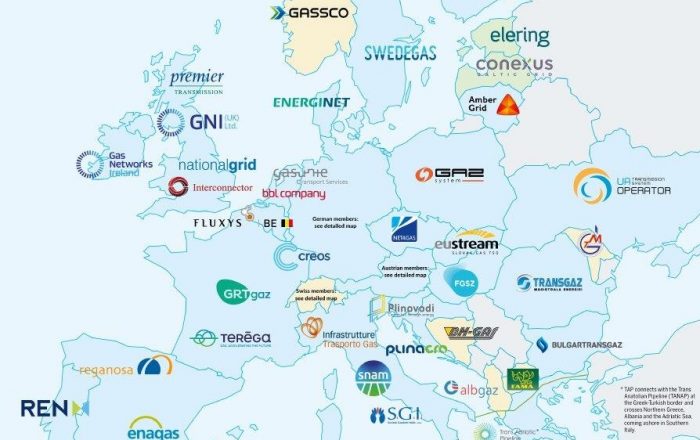 «We are more than happy to now officially join the big family of European gas TSOs. We have been actively working for several months with ENTSOG, in particular on harmonization of legislation and procedures, as well as on transparency and security of supply – on daily basis we send the data of network operation to the transparency platform. I believe that our future cooperation will only enhance to ensure further development of gas markets of the Europe and Ukraine as its integral part», – commented General director of GTSOU Sergiy Makogon.

It is important for the Gas TSO of Ukraine to be involved in the European expert community. Because ENTSOG means access to the main European focal points in the gas transport sector, it is a platform for consultation and exchange of progressive ideas. It is also an opportunity for GTSOU staff to participate in highly specialized workshops and to interact with colleagues from other countries. In addition, ENTSOG provides Gas TSO dispatching centers with tools for operational communication, monitoring and joint response in crisis and emergency situations.

JSC Ukrtransgaz was a representative in ENTSOG from Ukraine starting from 2015. After successful unbundling, the company lost its status of operator of Ukrainian GTS and finished its membership from January 1, 2020, and LLC Gas TSO of Ukraine, as a new independent TSO, applied to join ENTSOG.

ENTSOG was established in 2009 and currently it unites 56 TSOs: 44 members and 3 associated partners from EU countries, as well as 9 observer members, including LLC Gas TSO of Ukraine from non-EU countries.