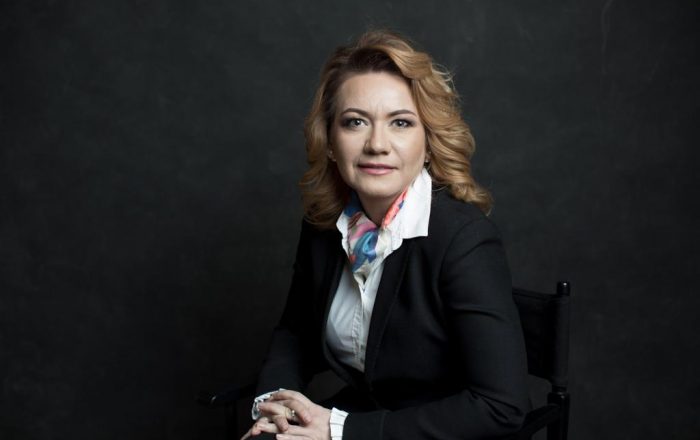 Hydrogen on an industrial scale: how can Ukraine not fail

Recently, not a single meeting with international partners is complete without discussing the hydrogen perspective in the context of the Green Agreement. All diplomats ask about Ukraine’s steps in this direction, and we are mutually interested in progress in European countries.

As a result of such “negotiations”, there are two news: good and bad. I’ll start with a less positive one – in fact, few people have managed to make a “huge breakthrough” in this area, and all this is more reminiscent of some kind of political agreement to declare a hydrogen strategy at all levels. On the other hand, Ukraine is lucky, because for almost the first time, we are not too far behind in energy innovations. But here it is important not only to get on the train, but also not to make a mistake with the carriage so that it matches the country’s priorities.

The EU really sees Ukraine as its potential supplier of hydrogen, as stated in the “hydrogen strategy”, but this does not mean that other countries will sit idly by waiting for the results of Ukraine.

Specifically, in February, 30 companies from France, Spain, Italy and Germany formed an alliance to produce hydrogen from solar energy.

The goal of the project is to reduce the cost of hydrogen production to the level of fossil fuels. By 2030, it is planned to build a solar power capacity of 93 gigawatts, as well as electrolysis capacity of 67 gigawatts.

Another European project involves the production of hydrogen using wind power generation in the Netherlands. Ukraine should not forget about its “northern neighbor”, last year it has already approved a hydrogen strategy. Therefore, Ukraine should hurry up.

Hydrogen national strategies and plans have already been developed (or are under preparation) in Austria, Belgium, Germany, Latvia, Portugal, Spain, France, Romania, Poland, Italy, the Netherlands and Sweden.

In Ukraine, on February 25 this year, the Ministry of Energy announced the start of the development of a hydrogen strategy, the main goal of which is to become a key exporter of hydrogen in Central and Eastern Europe.

This year, a scientific and technical study should be lunched, a regulatory framework necessary for the development of a hydrogen strategy should be developed.

Each country has its own special approach and plans to occupy a certain niche in the energy sector under the new market conditions.

The role of the transit country is quite consistent with my expectations as the Director of the Gas TSO of Ukraine in the context of workload and operation of the gas transmission system.

However, as a citizen of Ukraine, I would like our State to implement the full production cycle within the hydrogen economy – production, storage, transportation, consumption.

For Ukraine to be not only a key partner of the EU, but also an energetically independent State.

At the pan-European level, an important aspect is the harmonization of national jurisdictions in terms of gas quality or hydrogen content, because this is what will allow local initiatives to be integrated into a single clean energy carriers supply system.

At the national level, we need to unite together stakeholders to find answers to the following questions:

As soon as there are at least some answers to some of these and many other questions, we as a country must create technological, regulatory and economic conditions for the development of a new industry.

But it is worth getting out of the already existing and real infrastructural advantages. As was noted in the Ministry of Energy, Ukraine’s advantage is a developed gas transmission system, which can be used to transport hydrogen both within the country and for export.

GTSOU has already taken into account in its long-term strategy a special focus on decarbonization of the gas transportation system infrastructure and the transition to the transportation of renewable gases (hydrogen and biomethane) by main pipelines.

It is also important to train the required number of young specialists in those disciplines that will be required for the functioning of the hydrogen economy.

All EU GTS operators today are looking for their own future in the hydrogen economy. One of the prime examples is the Italian GTS operator Snam.

The Snamtec project, which was launched as part of a strategic plan until 2022, provides € 850 million investment in energy transition, hydrogen and innovation. Therefore, Italy was the first in the EU to start transporting a mixture with a 10% hydrogen content in the gas transmission system.

In April 2019, Snam officially launched an experiment to introduce a 5% mixture of hydrogen and natural gas into the Italian gas transmission network.

The first such experiment in Europe took place in Contursi Terme, in the province of Salerno, supplying H2NG (a mixture of hydrogen and gas) to two industrial companies – a pasta and beverage plant in the region.

In December 2019, the share of hydrogen was increased to 10%. Testing the H2NG supplying successfully lasted for about a month.

By applying a 5% share of hydrogen to the total volume of gas transported annually by Snam, 3.5 billion cubic meters can be injected into the network annually, which is equivalent to the annual consumption of 1.5 million households.

This would make it possible to reduce carbon dioxide emissions by 2.5 million tons, which is equivalent to the total emissions of all cars in a city the size of Rome.

Ukraine has no worse prospects and potential for the development of a carbon economy than in Italy. But the implementation of a comprehensive action plan for the development and implementation of Ukraine’s Hydrogen Strategy will require the consolidation of all stakeholders – the government, parliament, stakeholders, scientists, potential investors, international partners.

Delay will mean missed opportunities for our State – for economic development, energy independence, the opportunity to improve its place in the international arena.

Ukraine will be able to transport hydrogen, but it is necessary to clearly understand where, in what volumes and to whom.