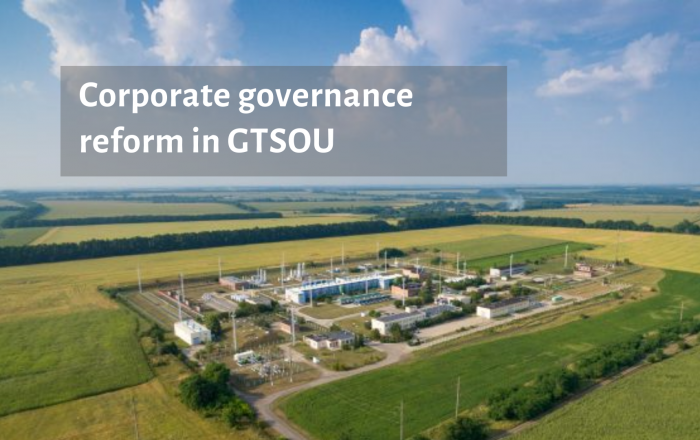 Gas TSO of Ukraine (GTSOU) has accomplished the project on implementation of the target internal control model as part of the corporate governance reform, according to the OECD (Organization for Economic Cooperation and Development) Guiding Principles. The company created a risk-management function for prevention, timely identification and effective risk management.

The reform of the corporate governance according to OECD principles had been underway in Ukraine’s largest state-owned companies for the last several years. In GTSOU, as well as in other strategically important for the state companies, the reform is still ongoing, but so far, one of its important milestones has been reached – the creation of an effective system of internal control, including the risk management function. The new system complies with the leading standards of the Internal Control – Integrated Framework (2013) and the Enterprise Risk Management – Integrated Framework (2017) of the international organization COSO. The key goal of the changes is to increase the operational transparency, eliminate risks that hinder the implementation of the company’s strategic goals, and introduce international up-to-date standards in the area of corporate governance.

“It is very common that the corporate governance reform is perceived only as establishing an independent supervisory board. However, this is a fragmentary understanding, as the comprehensive corporate governance reform includes the introduction of a whole range of mechanisms that ensure transparency, efficiency and sustainable development of the company, and first and foremost – the establishment of an internal control and risk management system”, said Sergiy Makogon, CEO of GTSOU.  “We have made significant progress in implementing corporate governance standards in our Company. We believe in need for this reform in general, as well as in importance of the internal and external risk management in particular. That is why we proactively, without waiting for regulatory incentives, implement new high requirements for openness and efficiency in the public sector in line with leading international standards.”