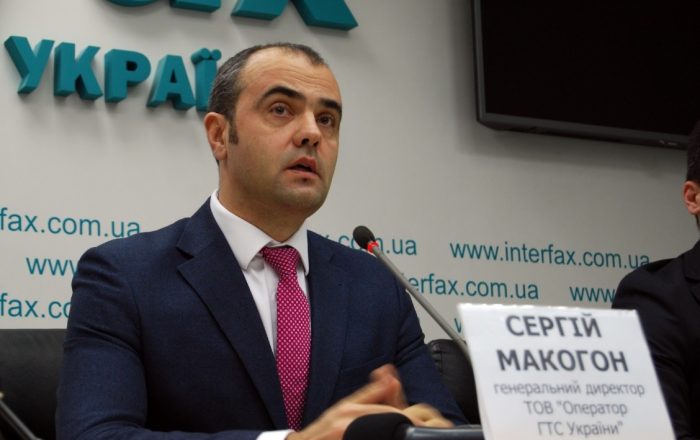 January 10th, 2020, Kyiv – Gas TSO of Ukraine calculated how the availability of gas transit from January 1st, 2020, by the Ukrainian GTS would affect the economy of the state in the next five years.

«New transit agreement with Gazprom and a direct interaction agreement under European rules have a historical impact on the future of the independent GTS Operator and the state.

In addition to direct revenue from transit, the tariff load on industrial and private consumers of Ukraine will be significantly reduced. The GTS operator’s tariffs for gas transportation have fallen considerably compared to the probability of the zero transit scenario.

For consumers (industry and population), the tariff has halved. Import and entry tariffs were reduced in four time.

Together, it will allow our economy to be more competitive. Utility tariffs for the population have a realistic basis to be revised downwards. Companies will be able to invest money in their development and increase the salaries of employees,» – said CEO of the OGTSU Serhiy Makogon during a press briefing on January 9th in Interfax.

In 2020-2024, the transportation tariff for gas companies is UAH 102 per thousand cubic meters (excluding VAT) is almost four times less than it would be in the case of «zero transit.»

For consumers (industry and population), the tariff is UAH 124 per thousand cubic meters (excluding VAT), which is twice less than the «zero transit» tariff and 21% lower than the 2019 tariffs.

For importers, the tariff is USD 4.45 per thousand cubic meters (excluding VAT), which is also almost four times less than it would be in the case of «zero transit» and 29% less than in 2019. Such a reduction should accordingly reflect the price of gas for consumers. 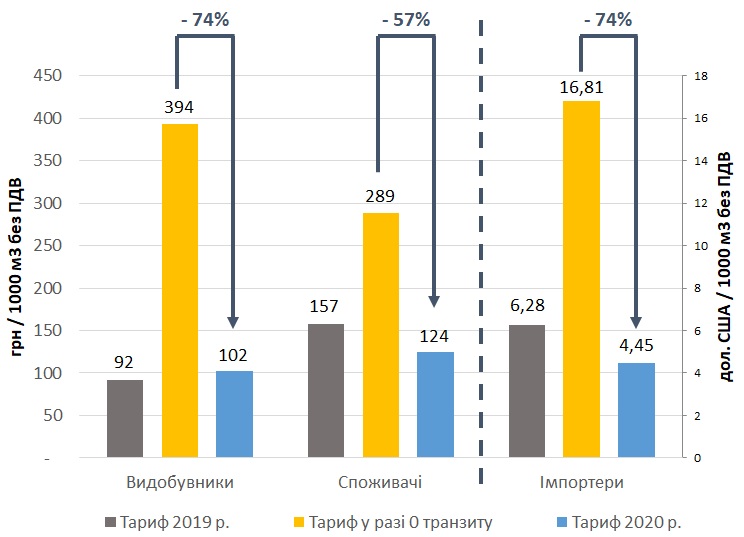 The total income of OGTSU in 2020-2024 will be UAH 225 billion (VAT included). Of these, UAH 40 billion is from gas transportation within Ukraine and UAH 185 billion from transit (currently gas transportation tariffs approved by the NEURC). In fact, more than 80% of tariff revenue will be received from the transit and less than 20% of Ukrainian consumers. In case the contract had not been signed, OGTSU’s income would have amounted to UAH123 billion during this period, of which UAH115 billion would be due to domestic transportation and only UAH 8 billion due to gas transportation to Moldova. In this case, 94% of the total tariff income would have to be paid by Ukrainian consumers (enterprises, households, mining companies).

Avoiding losses of the economy of Ukraine and industry

In addition to direct income from transit, the Ukrainian economy will receive an overall positive effect over five years of about UAH 150 billion (including VAT) due to the reduction of tariff load. Namely: population will pay UAH 15 billion less, industrial sector – UAH 33 billion and gas production companies – UAH 27 billion accordingly, the last will be able to redirect these funds to increase their gas production. Ukrainian consumers (industrial and population) will also save up to UAH 75 billion by preventing the potential rise in the price of imported gas due to the termination of transit. In case of «zero transit» Ukraine had to transport gas from Germany, where it was supposed to be delivered via Nord Stream-2, that would lead to rising in the price of the gas for Ukraine.

According to OGTSU calculations, the gas transit contract will add up to 2% of GDP per year to Ukraine and will improve the balance of the current account balance by USD 12 billion compared to «zero transit». In particular, USD 7.2 billion is the direct revenue from transit (according to Naftogaz); USD 2.9 billion – already paid by Gazprom according to a decision of the Stockholm Arbitration Court; up to USD 2.3 billion – avoiding the potential cost of rising gas imports.

Thus, the transit contract creates an essential basis for the development not only of the GTS Operator of Ukraine but for the state as a whole.

Full video of the joint press briefing of the Executive Director of Naftogaz of Ukraine Yuriy Vitrenko and General Director of GTS Operator of Ukraine Serhiy Makogon: «Details of the gas negotiations and the first days of the independent GTS Operator.»