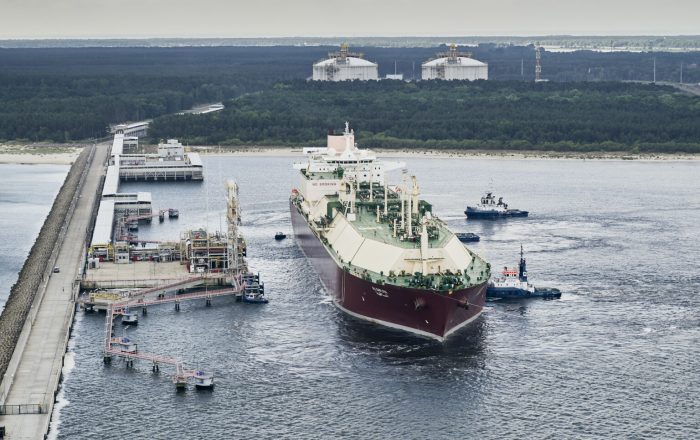 Poland can help Ukraine get «another molecule» gas

Lithuania and Poland have been working for the last decade to diversify natural gas supply sources – they’ve created capacities for importing gas from alternative sources, mainly by building LNG terminals. These investments have proven that energy security has a value that is often ignored when financial indicators are being considered alone. Energy resources make up weapons that Russia uses against European countries.

How Poland can contribute to Ukraine’s victory on the energy front was discussed by Gazterm participants with Sergiy Makogon, GTSOU General Director.

«One of the key tasks of Ukraine is to gain energy independence. Ukraine has the necessary oil and gas resources, but unfortunately, we have lost many years due to political turbulence, particularly increasing gas production. Currently, Ukraine produces about 18-20 bcm of natural gas per year; before the war, we had to import about ten bcm of gas. Today it is difficult for me to predict the next year’s level of gas consumption because many people had to leave Ukraine, many houses were destroyed, and many companies were forced to stop production. Accordingly, gas consumption has decreased, but we believe that everything can be restored after the victory», said Sergiy Makogon.

According to GTSOU CEO, investing in increasing gas production in Ukraine should be a priority. However, Poland, as a reliable Ukrainian partner, can contribute to the process of strengthening the energy security of Eastern Europe.

«It is important for Ukraine to gain access to alternative gas sources. We are interested in accessing the Polish gas market and Polish LNG terminal. We understand that Poland has limited gas reserves, but I believe that by uniting forces, we will find a way out that is beneficial to both countries. Poland can help us get gas of another molecule from LNG terminals. That is why it is so important for us to increase the firm capacity for gas transportation in the direction from Poland to Ukraine», explained Sergiy Makogon.

The work of Gas TSO of Ukraine on diversification of gas supply sources continues. During the year, GTSOU has managed to double the firm capacity for gas imports from Europe to Ukraine: from the 1st of January, eight mcm of gas per day have been available from Hungary, and from the 4th of March – an additional 15 mcm per day from Slovakia, and from the 6th of March – more than four mcm per day from Poland. Currently, the daily import capacity is comparable to the volume of Ukrainian gas production and amounts to 54 mcm of natural gas per day.