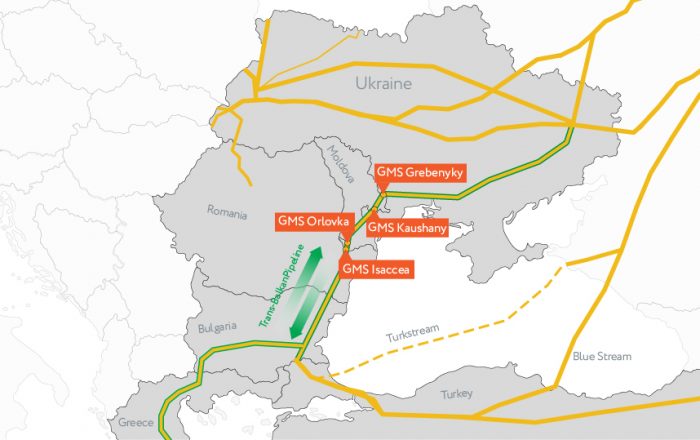 For decades, conventional wisdom has held that natural gas supplies come from the Ukrainian border to the EU in the western and southern directions. However, given the tectonic shifts in the energy ecosystem and geopolitics, this paradigm is no longer relevant. It is the time to reimagine the Trans-Balkan gas transit corridor and review its potential to enhance European energy security.

The reverse flows to Ukraine introduced in 2015 have proven the value of bidirectional transit from west to east. For the first time, on August 26 2020, Gas Transmission System Operator of Ukraine (GTSOU) carried out a transmission request from south to north. This request was placed by a local commodity trader shipping natural gas up the Trans-Balkan pipeline from Greece through Bulgaria and Romania to Ukraine. The above-mentioned transaction helped to demonstrate the technical viability of this route, even if it is not yet commercially viable.

The question of whether gas continues to flow across the Trans-Balkan pipeline and whether the direction is reversed has been raised by ICIS (Independent Commodity Intelligent Services) almost a year ago. We subsequently saw a sharp decline in flows. The projected transit volume for the entire year of 2020 is 1 bcm at most. In other words, even this admittedly optimistic scenario indicates a utilization rate of capacities about 3-4%.

The strategic asset with a transit capacity of 27 bcm per year, the Trans-Balkan gas corridor can and should be a warranty of energy security for Southeast Europe. If there are interruptions or maintenance works on TurkStream, gas flows can still be assured. This corridor currently provides countries in the Balkan region with an access to the gas markets in Central Europe and to Ukraine’s storage facilities, which are the largest in Europe. Without significant transit volumes, Ukraine, Bulgaria and Romania will not be able to defend operational expenditure. It is therefore important to understand the risk of supply disruptions if this pipeline is marked for decommission.

There are several developments in and around the Eastern Mediterranean and the Black Sea regions that can reshape dynamics of the regional energy system. These developments are: the discovery of four major gas fields in the territorial waters of Israel, Egypt, and Cyprus; the latest discovery in Turkey; the construction of a new LNG terminal in Greece. Meanwhile, rising tensions between Ankara and Athens; the tightening of US sanctions on TurkStream; and the latest escalation between Armenia and Azerbaijan have the potential to change the status quo.

The complexity of the interplay between these developments is such that no single scenario could definitively describe the future path. What is clear, however, is that the conventional logic can no longer be applied to the Trans-Balkan gas corridor. What will it take to redeploy this route for the benefit of consumers in Central and Eastern Europe?

Firstly, we have to find a way to boost the commercial viability of the route. It can be argued that Moldova can easily receive many benefits by means of updating the current tariff calculation methodology and bringing it in line with common European practices. As of now, the tariff approved by the Moldovan Regulator is about 11 USD per 1000 m3/100km, while the “historical shipper” Gazprom gets a 70% discount, paying only 3 USD. Clearly, the current situation does very little to promote fair competition and should be corrected as a priority.

On the other hand, Romania, which is the second-largest country in the EU by natural gas proven reserves, has not updated its legacy regulations that restrict exports to non-EU countries yet. So far, Ukraine and Romania have signed just one Interconnection Agreement. GTSOU is ready to sign four more agreements, given the number of additional interconnection points that exist between Ukraine and Romania. However, the process is delayed and this doesn’t bring benefits to any party. It will be helpful to speed up the process and to set a goal of signing four more agreements in the next few months. As Romania is ready to increase its domestic gas production, in particular from offshore fields in the Black Sea, it could play a major role in the regional energy trade. Indeed, Romania will benefit the most from the bi-directionality of the Trans-Balkan pipeline.

Moreover, the European Union and all 27 member-states should advocate the uniform application of the EU’s Third Energy Package.

An exemption granted to Serbia in 2019 is currently impeding competition in the energy market. The 400km gas pipeline section going through Serbia, in which Gazprom has a controlling stake, has a capacity of 13.88 bcm per year. “The pipeline is not covered by the Third Energy Package and it’s a pity,” – this is how Energy Community Deputy Director Dirk Buschle described the situation in March 2019. To make this pipeline compliant with European energy regulations, a number of remedies and cures are available to Serbia. However, there is currently no political appetite in Belgrade to implement them.

The European solidarity is clearly under a threat in such case. As individual member states or countries candidates for joining EU, follow their own interests and the EU loses at the end. Now that Ukraine has completed its unbundling process of the energy sector, the EU should ensure the mandatory and universal application of its own rules and regulations in Romania, Bulgaria, and Serbia. The gas market does not end at the borders of the European Union. The neighboring countries who have committed to comply with the provisions of the Third Energy Package also deserve some reciprocation.

Despite the current state of affairs, I am sure that the Trans-Balkan Pipeline will soon help to revitalize regional economies boosting energy transition away from carbon-intensive coal and contributing to the diversification of gas imports to Europe. From its side, Ukraine is ready to open its extensive transit and storage network for the common benefit. The principles of fair competition are only useful if there is a willingness to enforce them. When Europe defends its interests by rightfully recognizing the geopolitical and national security implications of the natural gas trade, all of its members and neighboring countries win.

This article was originally published by the Atlantic Council on October 20, 2020.