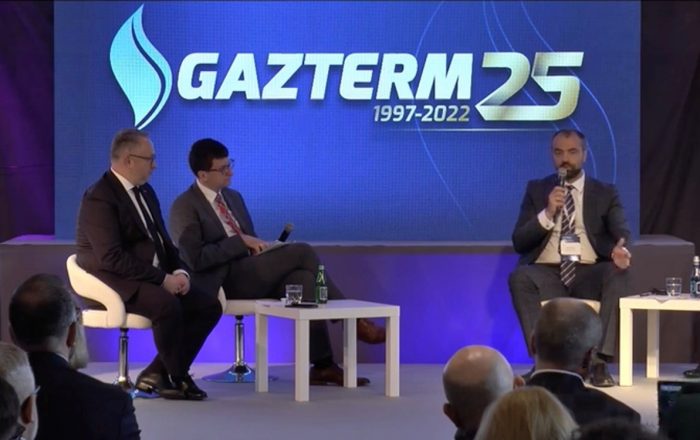 Sergiy Makogon, the GTSOU CEO, called on European countries to stop Russia’s blackmailing and manipulation of the gas market and impose an embargo on Russian energy to block the flow of funds for Russian imports, which the aggressor country uses to finance the war against Ukraine. GTSOU Head made this speech on the opening day of the Gazterm conference in Poland.

When the active construction of Turkish Stream and Nord Stream-2 began in 2015, the Ukrainian side warned that this would lead to the monopolization of the gas market. The EU said it was “diversification of gas routes.” We cautioned that bypass flows would become the Kremlin’s energy weapon. The EU asserted that “it was just business.” Today, thanks to this “business,” Russia receives billions every day, which it spends on financing the war in Ukraine. And European consumers, against their will, became both sponsors of the war and hostages to the aggressor country”, said Sergiy Makogon.

GTSOU Head outlined the mechanisms for stopping financial revenues to the Russian budget, mainly through the escrow account. He also noted that during the war, the redirection of gas transported through Nord Stream 1 to the Ukrainian route would significantly weaken Russia’s position, increase Gazprom’s dependence on the Ukrainian GTS and help preserve gas transportation infrastructure from large-scale damage.

Also, to expand the capabilities of EU countries and limit Russia’s ability to influence energy markets, Sergiy Makogon drew attention to the need for consolidation to:

Among other things, as an example of manipulation by Gazprom, Sergiy Makogon cited the current situation with the russian company stopping transit through the Sokhranivka interconnection point, when Gas TSO of Ukraine prevented gas offtakes by the occupiers from the main gas pipeline and offered to increase transit through the GMS “Sudzha.”