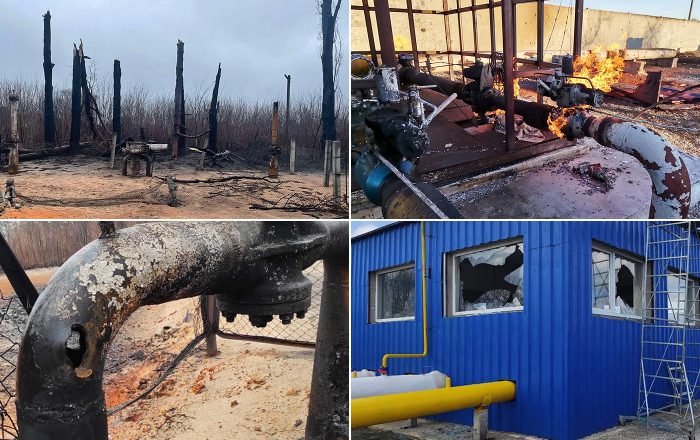 As of April 6, 48 gas distribution stations in seven regions of Ukraine were shut down, primarily due to the destruction of regional DSO networks. More than 300 thousand households are left without a gas supply.

As a result of shelling since the beginning of the war, three main gas pipelines in the Kyiv, Donetsk, and Luhansk regions, a compressor station in the Mykolaiv region, and other GTS infrastructure have been damaged. Two gas distribution stations in Kharkiv and Donetsk regions have been ruined.

Every day our colleagues, at the risk of their own lives, renew gas transportation routes to Ukrainian consumers. It often has to be done in short intervals between shellings, under cover of the Ukrainian military forces.

Even in the liberated areas, there are problems with full access to our facilities due to the “surprises” left by the occupiers – mined roadsides and fields. Therefore, our colleagues have to wait until the sappers check how safe the area is.

However, despite all the difficulties, most consumers in Ukraine – households, power plants, institutions, industry – are provided with a continuous gas supply. And GTSOU employees resume gas transportation in combat zones as soon as the opportunity arises.