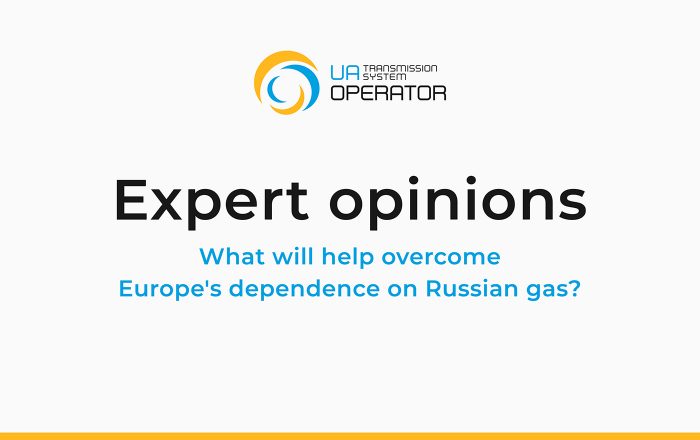 What will help overcome Europe’s dependence on russian gas?

Gas TSO of Ukraine continues the project «Expert Opinions» designed to reveal essential issues in the gas market comprehensively. We are interviewing Ukrainian and foreign experts on the current situation and prospects of Ukraine and Europe in the energy sphere, given the complete reformatting of the gas supplies map in connection with russia’s aggression against Ukraine. This edition is focused on the gas embargo that the EU could  apply against russia. Gas market experts have answered the critical question: where from and when will European companies be able to obtain the necessary volumes of natural gas to overcome energy dependence on russia?

«Much of the debate surrounding the EU’s determination to limit and eventually remove russian gas imports centres on countries’ ability to secure alternative volumes and expand the import infrastructure. Since the start of the year, LNG has been the main source of supply, followed by Norwegian pipeline gas and Russian imports in third place only», – comments Aura Sabadus, Senior energy journalist, ICIS. 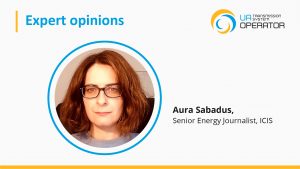 «Given the latest EU push towards diversification, the dependence on LNG is likely to continue and grow. In the shorter term, the promise of an additional 15bcm/year of US LNG to be delivered this year, arguably on top of the 22bcm/year shipped last year, would only partially help replace the 150-155bcm/year exported by Russia. Further supplies would have to come from elsewhere, possibly Norway or LNG producers in closer proximity such as Algeria, Egypt, or Qatar. Much will also depend on the evolution of Asian, and in particular Chinese demand, which had been suppressed because of ongoing Covid-related restrictions. However, with LNG exports to Europe reaching a new record high in April, and delivered ex-ship (DES) LNG prices falling some $8.00/MMBTu below the Dutch TTF hub for June and July ’22, it is possible to expect more buying interest», – she says.

Demand control and efficiency measures such as reducing heating in homes by 1C to save around 10billion cubic meters annually, as calculated by the IEA, or fuel switching may also help keep a lid on russian imports, although, admittedly, much will also depend on this year’s winter consumption. In the longer term, there will be a wider array of options as global production is likely to increase. Qatar alone is expecting to nearly double output to 126 million tonnes per annum (174billion cubic meters per year) in the second half of the decade, and soaring gas prices should also incentivise resource-rich countries, including those in Africa, to invest in production and liquefaction capacity.

«If counting all the LNG importing infrastructure that has been proposed or is in the process of being expanded in the next five years across the EU, at least another 110bcm of regasification capacity could be added to the existing 158bcm, which excludes the UK and Turkey. Considering all the options at hand, it is, at least theoretically, possible for the EU to start making significant reductions in Russian gas offtakes immediately before phasing them out altogether. Less convincing is the ability of policy-makers and companies to act in unison towards the same goal», – says Aura Sabadus.

The EU has been planning to decrease dependence on Russian natural gas supply since around 2006, and adopted quite a few resolutions to do it, but intentions failed to become actions until the gas crisis in the winter season of 2021-2022 and russia’s invasion in Ukraine, – says Mikhail Krutikhin, RusEnergy partner. 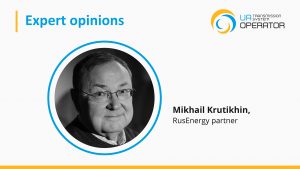 Delayed reaction to Russia’s unequivocal determination to weaponize gas flows remains an obstacle for a gas embargo: several EU members are unable to quit their addiction to Russian gas.

«The trend, however, is to achieve independence in a mid-term perspective, and 2025 appears a reasonable timeframe for it. Within the next three years, EU+UK may replace at least one-third of Russian gas supply with LNG, even though they will have to pay an extra premium for this gas to compete with consumers in the Pacific area. Renewable electricity may help replace another 20 percent; enhanced energy efficiency could add eight to ten percent to the replacement effort; installation of heat pumps and electric heating systems may replace another 15%; and energy-saving reforms of gas-consuming industries can take care of the remaining volume. The proportions will vary, but the chances of success are significant», – the expert convinces.

Sergiy Makogon, CEOof Gas TSO of Ukraine, is convinced that Europe can completely eliminate of its dependence on russian energy by 2024. 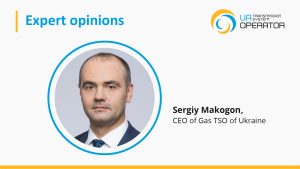 «Recent steps taken by several countries confirm this. The interconnector GIPL between Poland and Lithuania has already been launched, connecting the Baltic countries with the European gas markets. Itis a significant breakthrough in energy security for the entire region. Lithuania has refused to import russian gas since the beginning of April, and the country’s gas needs are being met by imports through the LNG terminal in Klaipeda. Italy, which receives about 40% of its gas from russia, is trying to diversify its energy supply. The country is currently considering gas imports from Algeria through the Transmed pipeline. Bulgaria has made arrangements on supply of liquefied natural gas from the United States since June after russia’s Gazprom cut off gas supplies», – comments Sergiy Makogon.

«The decision of the European Commission and EU countries on the deadline for purchasing  gas in russia will signal to European companies how quickly they need to find an alternative», – says Olena Pavlenko, President of DiXi Group. 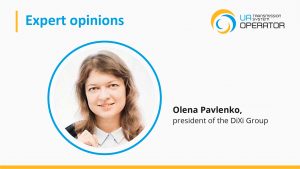 «If the deadline is not announced, the search for a replacement for Gazprom will stretch over time and not be a priority for business. Short deadlines will stimulate European companies to negotiate new contracts as soon as possible. If the European Union is seriously thinking about a gas embargo, the deadline for completing the purchase of russian gas should be announced», – says the expert.

«The principle of solidarity will help European companies to find an alternative to russian gas sooner. For example, according to unofficial information, difficult negotiations between Germany and Qatar on the terms of contracts can be facilitated if the business of other EU member states or the Energy Community becomes a party to such negotiations and agrees to buy gas from Qatar when it becomes redundant for Germany. Building a common voice not only in politics but also in joint procurement can help the EU to overcome its dependence on russian gas more quickly, and consequently, not only to strengthen its own energy security but also to stop wars around the world», – said Olena Pavlenko.

This question has been on the discussion table of the European Union for a long time, with different angles of consideration and various approaches among the Member States. But after the Russian invasion of Ukraine – the question became of similar high intensity to all, – says Karolina Chegir, senior gas expert at Energy Community Secretariat. 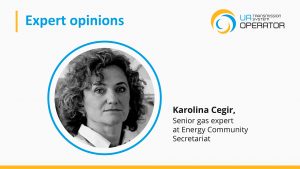 «Even for those who do not have big gas supplies from Russia, but depend indirectly on it. Even for those who do not have gas supplies from Russia at all, but are thinking about how to make use of their own infrastructure and supplies. Even for those who do not rely on natural gas or fossil fuels in general, but see the chance to develop more alternative sources right now. How, from where, and by when Russian gas will be replaced is impossible to answer precisely. The European countries are very different in the share of natural gas in the primary energy mix, in sectors using natural gas, in available infrastructure, and their interconnectivity with others, in already achieved source diversification, the companies are very different in own financial resources and possibilities», – she says.

The European Commission settled the path by RePowerEU, which will speed up the green transition. It cannot happen immediately, and at the same speed for all, and a bit contradictory – urge for finding more natural gas as first step.

«Everybody, from ministers, traders, TSOs to associations – is working on finding the ways, capacities, and new suppliers, to increase gas production, and replace gas…on national, regional, and institutional levels…calculating carefully gas molecules that can be squeezed, re-directed, and replaced. The direction is clear, Russian gas is going to be replaced – this summer, by the end of the year, or in the next few years, depending on the country’s circumstances. There is no way to return to pre-war patterns», -draws the attention Karolina Chegir.

«The complete replacement of Russian gas is unlikely in the short term, so balancing supply and demand in the event that Russian supply is stopped or sanctioned will also require energy conservation», – said Matthew Monteverde, Senior Vice President – Global Markets at Argus. 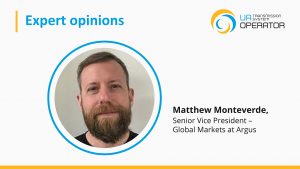 «Already, LNG supply in Europe is higher than it has ever been — in April, record volumes of LNG were sent into the European network. But new import infrastructure and the export projects to supply it take time to build and demand for gas continues to grow outside of Europe as economies develop and move away from more polluting fossil fuels. Ultimately, the best way to reduce dependence on Russian gas is to reduce gas consumption. Better home insulation, improved heating technology, and more renewable power will all reduce gas consumption, one home and business at a time, leaving local gas production for those industries that cannot yet move fully away from fossil fuels», – he says.