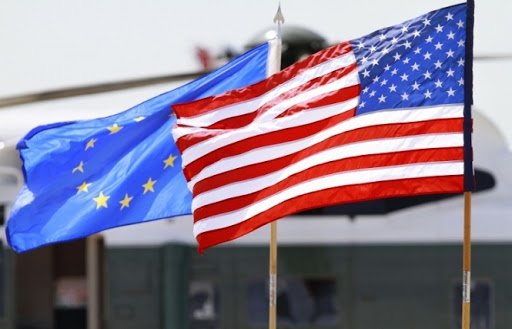 GTSOU supports the introduction of new sanctions against Nord Stream 2: the gas pipeline, which threatens the energy security of the EU, should not be completed

February 24, 2021, Kyiv – The United States continues to oppose the completion of the Nord Stream 2 gas pipeline, which undermines transatlantic security and threatens Europe’s energy security. Washington has announced the next round of sanctions against Nord Stream 2.
The Gas TSO of Ukraine appreciates the U.S. strong opposition to the implementation of this dangerous project.
According to the statement of Ned Price, Spokesman for the United States Department of State, on February 19, the United States will continue to work with allies and partners “We’ll continue to work with our allies and partners to ensure that Europe has a reliable, diversified energy supply network that doesn’t undermine our collective security. Our goal in all of this is to reinforce European energy security and safeguard against predatory behavior”.
In addition, the consensus position in the U.S. Congress, summarized by the Republican Michael McCall, “the mandatory sanctions adopted on bilateral support in the last two U.S. defense budget laws are aimed at stopping the completion of the harmful Russian gas pipeline Nord Stream 2.
“Our position on Nord Stream 2 remains unchanged. We work every day to improve our gas transportation system and our regulatory documents, so EU customers are offered more guarantees of reliability and flexibility. GTSOU has free capacities for the natural gas transit from Russia in the volumes that Germany needs, and we urge to stop the construction of the sabotage pipeline”, – said Sergiy Makogon, General Director of Gas Transmission System Operator of Ukraine.