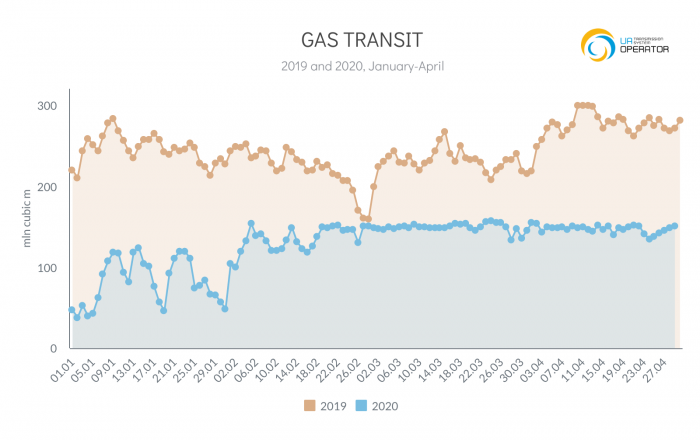 In addition to gas transit from the RF, in April Gas TSO of Ukraine transported test volumes of blue fuel from Slovakia to Poland in order of the request of an international trader within the new short-haul service.

In total, gas transit via Ukrainian GTS is amounted to 15.5 bln cubic m in January-April 2020. That is 47% less than the same period last year and 40% less than average value of January-March for 2014-2019. However, since the beginning of 2020, transit capacities from the Russian Federation are fully paid by PJSC Gazprom. 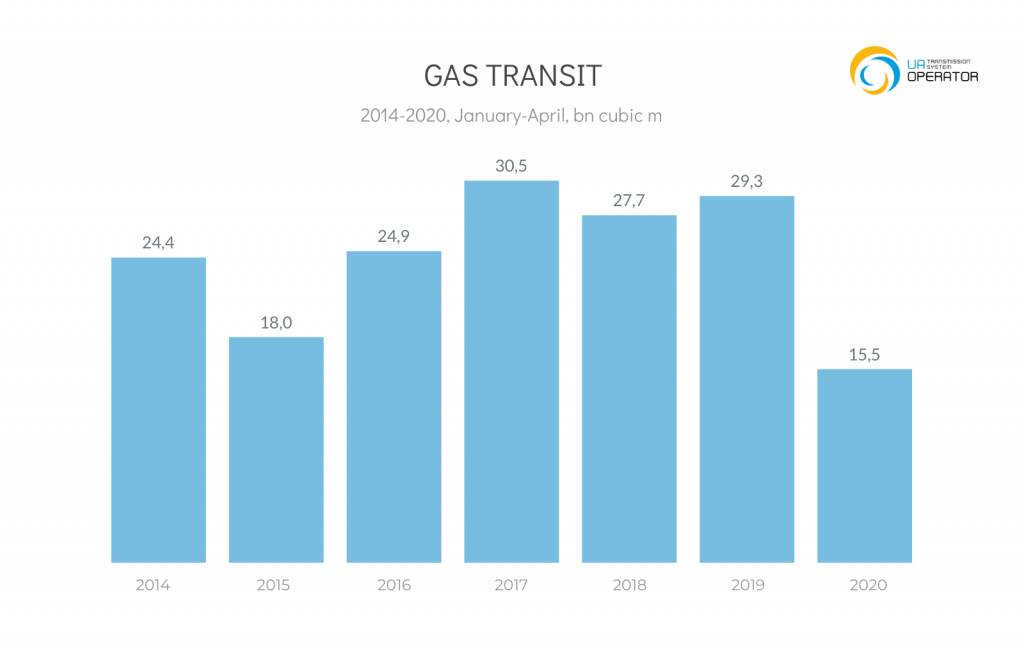 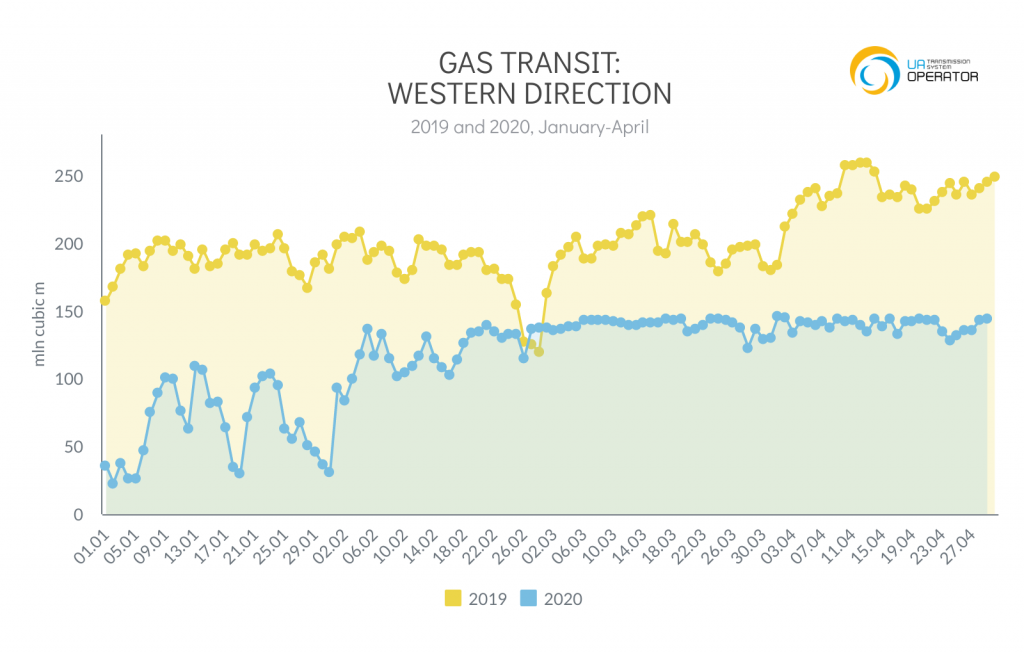 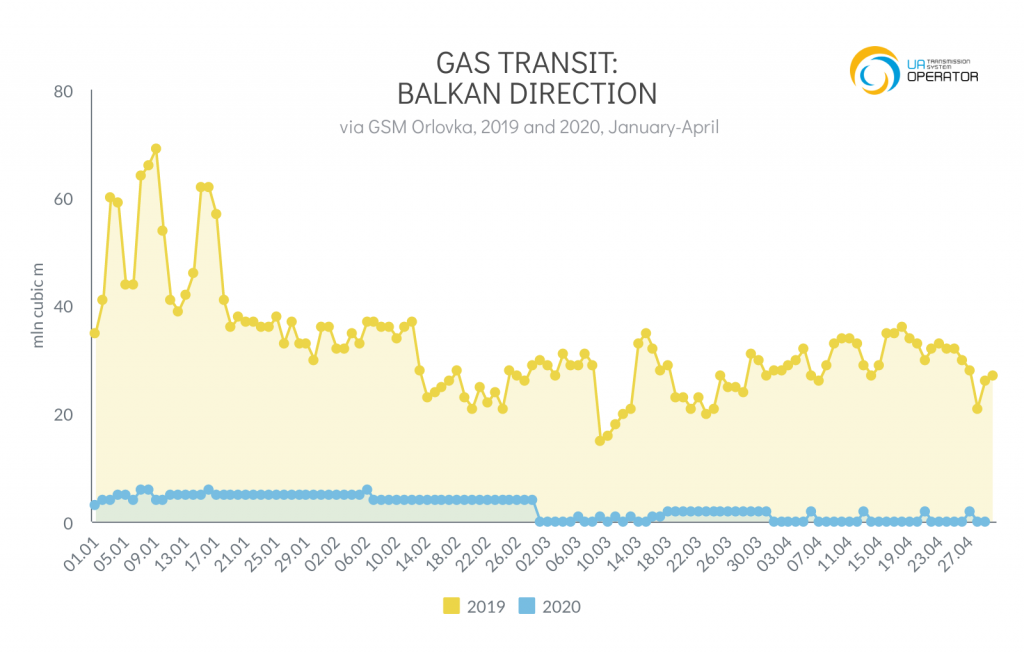 *Including volumes within the new short-haul service, which enables customers to transport gas between EU countries (and to Ukrainian UGS) via the GTS of Ukraine for favorable tariffs.