“Due to the loaded underground gas storage facilities and the beginning of the withdrawal season – in October, we see a decrease in natural gas transportation from the EU countries to Ukraine as well as simultaneous increase in re-export from Ukrainian UGS facilities to Europe. This is typical for the autumn-winter period,” explained Ievgen Todorov, commercial director of GTSOU, “At the same time, cumulatively, it has been a record volume of natural gas transported from the EU to Ukraine since the beginning of the year. Only one third of it was consumed on Ukrainian domestic market. This means that Europe entrusts Ukraine with its storage of gas, and our country’s political and geographical position, flexibility of gas transportation infrastructure, attractive tariffs and the introduction of new shorthaul and customs warehouse services are convenient in terms of cooperation for European customers using gas transportation services. Ukraine has already become a part of the energy security of neighboring countries, and our goal is to create all the necessary conditions for development of gas market in Ukraine as well as foster Eastern European hub on exactly our infrastructure.”

A total of 72 traders, including 45 Ukrainian companies and 27 foreign ones, have placed the orders on gas transportation from the EU to Ukraine during the period of January to September. Whereas the services of shorthaul and “customs warehouse” have been used by more than fifty companies – most of which being non-residents.

Since November 2015, the blue fuel has been supplied to Ukraine under the contracts exclusively from the countries of the European Union. Ukraine has no contract for gas supply from the Russian Federation. 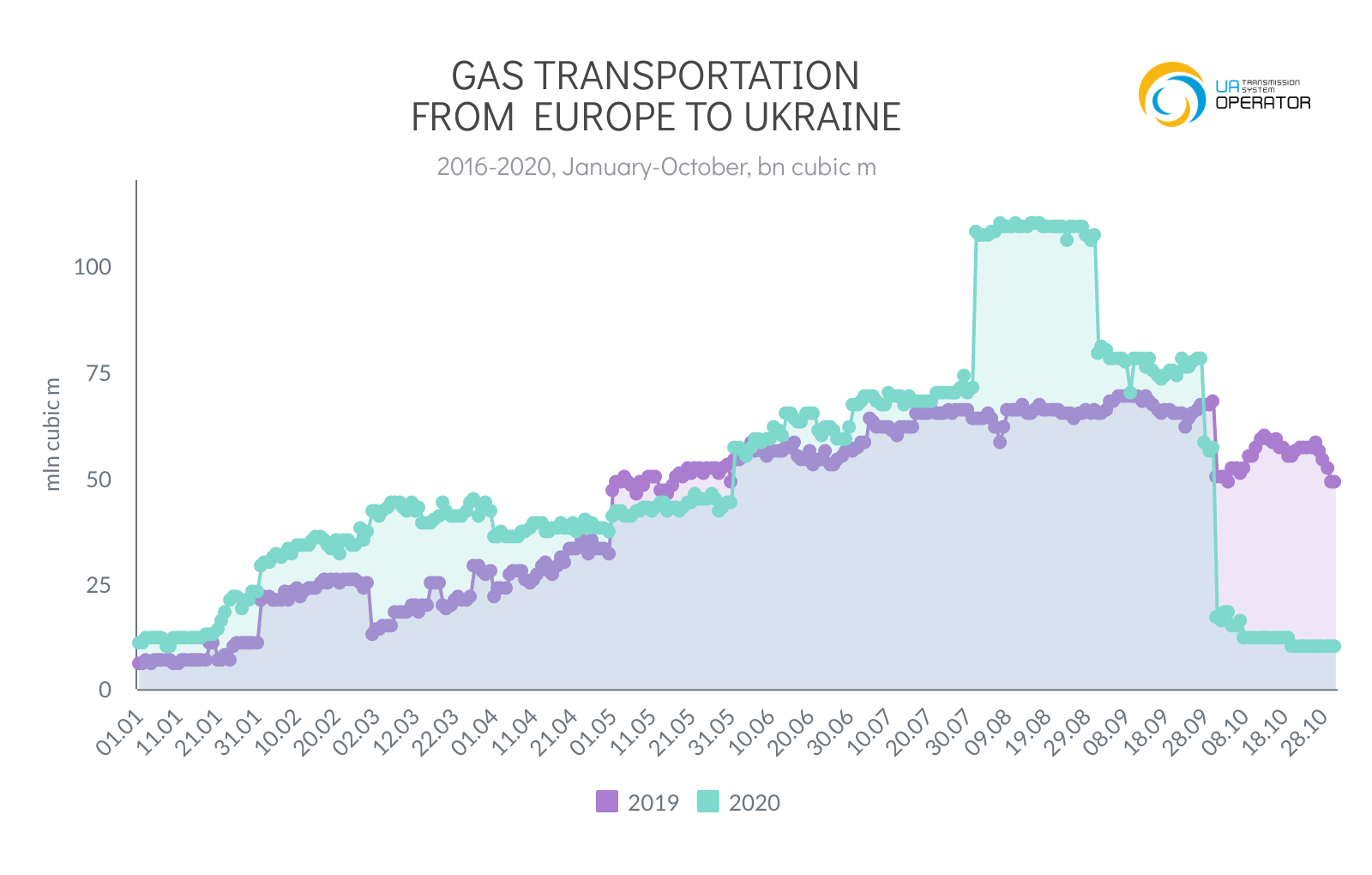