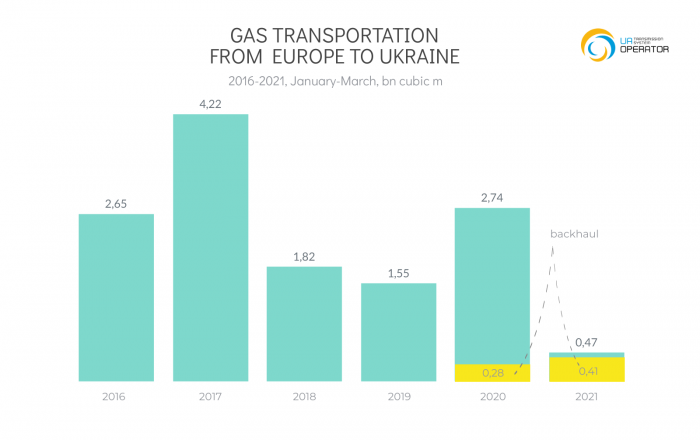 “Currently, record volumes of natural gas are stored in Ukrainian underground storage facilities, and Ukrainian suppliers use their own reserves of hydrocarbons from underground storages and buy gas from the “customs warehouse” regime from European traders. Therefore, during the reporting period, gas exports from Ukraine exceeded imports. In particular, Moldova re-exported more than half of its own gas volumes to Ukrainian UGSF, – commented Ievgen Todorov, Commercial Director of GTSOU. – The dynamics of the first quarter of this year shows that the Ukrainian gas infrastructure is already firmly integrated into the European energy markets and is part of the energy security of European countries”.